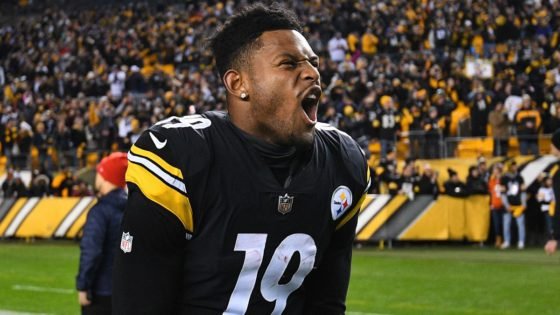 Pittsburgh Steelers have designated injured slot one wide receiver JuJu Smith-Schuster to return from injured reserve on Thursday, as per NFL Insider Adam Schefter. The receiver practiced with the Steelers and now they have a 21-day window to activate him to the 53-man active roster.

The receiver is slated to return in a very crucial moment of the season. And his return to the lacking Steelers offense will just be a huge boost to them. As Pittsburgh prepares to face the Kansas City Chiefs in the Wild Card Round this Sunday, it’s safe to assume that the receiver will be available.

JuJu picked up a season-ending shoulder injury during his week 5 win against the Denver Broncos. Later in December when asked about his return, the wideout replied, “AFC championship or the Super Bowl, either one works for me.”

“There’s a percentage that I could possibly come back and participate in [the AFC championship],” he added. “That’s where I’m at right now. I’m rehabbing as much as possible every day, just trying to get after it. You just never know.”

JuJu Smith-Schuster gets what he wished for

Even though his replacement Ray-Ray McCloud has done a great job in carrying the team to this point. But the addition of JuJu will have a better impact on the game. The presence of the wideout is going to up the game of the Steelers by a mile. And also give quarterback Ben Roethlisberger plenty of quality options to make throws on.

Before his injury JuJu totaled just 15 receptions covering 129 yards, with no touchdowns in the first five games of the season. Although the wideout is about to return from IR, according to Ian Rapoport, he has a good chance of playing against the Chiefs.

#Steelers WR JuJu Smith-Schuster, who practiced today following shoulder surgery that landed him on IR, does have a chance to play this weekend. It’ll depend on how he does in practice, but coach Mike Tomlin called it a start.

JuJu is an added surprise to Ben Roethlisberger’s last dance with the Steelers, and the team would like to make the most out of it. Who would you support this playoff? Let us know in the comments below! 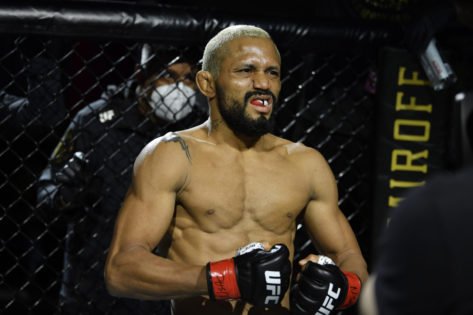 WOAH! Deiveson Figueiredo Added Over 19 Pounds in 24 Hours Before Entering the Fight Against Brandon Moreno ‘I Know When You Close Your Eyes’: Carmelo Anthony Remembers a Warning from Former NBA Commissioner