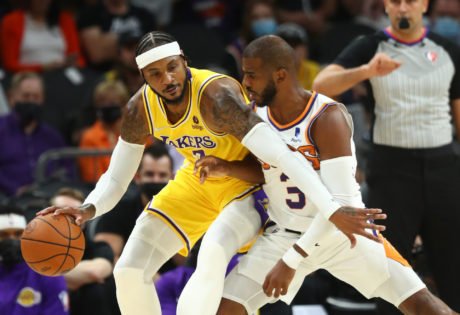 The Lakers are 0-5 in the preseason 2021. This is five extra games they lost than what the NBA pundits expected of an All-Star roster. Even worse, their Big Three united for the first time and that too wasn’t enough for snatching a W.

But amidst all the negatives, there were some positives too. And the greatest of those green signs was the form of Carmelo Anthony. The 10x All-Star enjoyed a decent individual performance and also had a great time with the Big Three too.

Carmelo Anthony is as optimistic as one gets

The Lakers saw LeBron James, Anthony Davis, and Russell Westbrook combining for 47 points against the Warriors. Those numbers did little to help Frank Vogel’s goals as the Lake Show ended the night with a 99-111 loss.

Yet, Carmelo Anthony, who scored an impressive 13 points, took some important learnings out of the game. In a recent interview, the 37-YO expressed, “It felt good to kind of just be out there and just, starting to see what possibilities can be. And see how we gel together. I thought we had some great moments when all focus was on the court together.”

The night did see an efficient performance from AD and an improving chemistry between Bron & Russ. Plus, the final quarter aside, the Lakers were not that bad. However, the point that made their losses bitter was that the GSW had no Draymond Green or Steph Curry and yet their inexperienced side excelled.

Read more: ‘A Lot of Dog in Him’: LeBron James Is All Praise for This Lakers’ Young Guard

The worries for the Lakers are building up

The five losses might not have any impact on the Lakers Nation’s mission-2022. However, the injured players in Trevor Ariza, Talen Horton-Tucker, Malik Monk, Kendrick Nunn, and Wayne Ellington must surely concern them. Even AD raised the same doubt in his post-game interview where he discussed team strength.

However, the Lakers’ best results from the preseason came at the hands of Carmelo Anthony. He debuted in the golden jersey against the Suns and started two of his four games. In those outings, the veteran averaged 13 points in 17.5 minutes. It appears like Melo will replicate or even better his results from the 2020-21 season against the Blazers.

Just as he added, “We had spurts where we were very in-tune, we was locked in. We don’t expect it to happen overnight, but I thought that yesterday was one of those moments that, okay, we see that, we see that, it looks good, it felt good and we build off of that.”

So is it that you also see the Lakers coming out strongly from these setbacks? Help us know in the comments section below. Gamescom 2021: What to Expect from the Ubisoft Showcase? 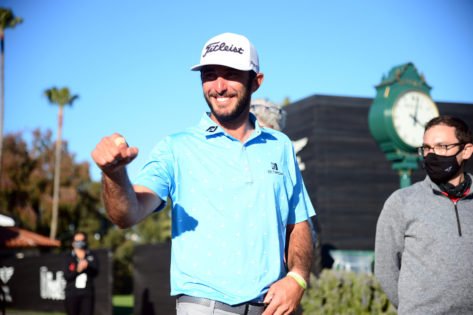 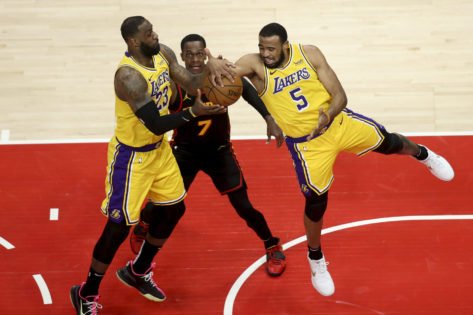