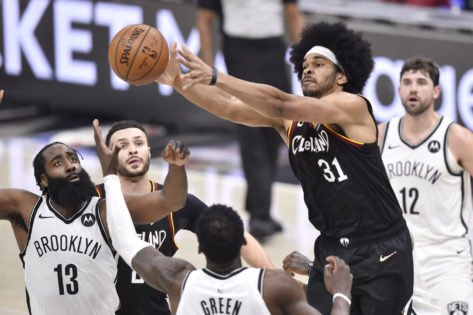 The Brooklyn Nets arguably lost a place in the Eastern Conference Finals by a matter of inches. Considering how strong the starting lineup was expected to be, this result was not at all expected by any experts. While some attributed it to injuries in the post-season, others believe that this was because of a lack of defensive skill in the Nets. Moreover, a former Brooklyn Nets player believes he could’ve helped them reach the final, at the very least.

Woke up this morning happy for loyal Bucks fans. They deserve it.
And Giannis and Jrue Holiday – better human beings than basketball player.

But also can’t help but think back on Game 7 of the ECF and Kevin Durant’s “big ass foot.”

The star-studded expected starting 5 of the roster is Kyrie Irving, James Harden, Joe Harris, Kevin Durant, and Blake Griffin. All the players mentioned above are or have been offensive juggernauts in their careers at a time.

However, all these players lack the defensive skill to stop a dominant force like Giannis Antetokounmpo. The Bucks, on the other hand, had Jrue Holiday, PJ Tucker, and Giannis himself. Jrue and Giannis were both members of the All-NBA Defensive First Team last season. Tucker single-handedly came the closest to locking down Kevin Durant. Indeed, defense wins rings.

So, who was it that said he could’ve helped this team? Former Net and currently in the Cavaliers, Jarrett Allen.

Jarrett Allen on his potential with the Brooklyn Nets

“It crossed my mind a couple of times”

Jarrett Allen (@_bigjayy_) tells @BCusterTV & @DarthAmin he wonders at times if he could have helped the Nets get past the Bucks in this year’s playoffs #BrooklynTogether pic.twitter.com/Rhsd0GtEAf

But he did admit that he wouldn’t have been the most vital piece, and rather would’ve helped them lift the trophy above their heads in the Conference Finals at least.

As a part of the James Harden trade, Jarrett Allen left the Brooklyn Nets last season. However, instead of the Rockets, he got traded to the Cavaliers. The 6′ 11′ defensive monster averages more than a block every single game (1.4 blocks/game).

With the retirement of LaMarcus Aldridge and an aging DeAndre Jordan, the trade for Allen heavily depleted the team in terms of big men at the center position. Kevin Durant is the tallest in the present roster but since he’s a forward, his defensive contribution is minimal. 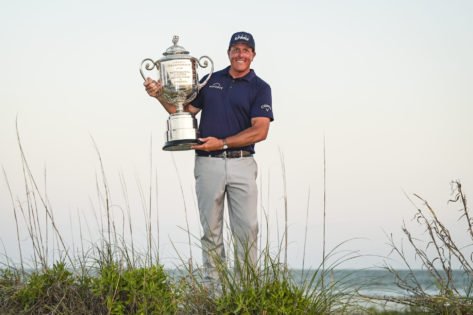 How Old Was Phil Mickelson When He Won His First Major Championship?