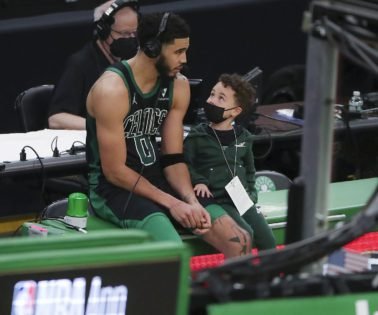 Celtics star Jayson Tatum is impressing the NBA world with his performances in each game. The 23-year-old is averaging 25.7 points per game this season so far. And it’s not a surprise that Tatum has named some big stars as the reason behind his performances.

Jayson Tatum said Kevin Durant was an idol for him growing up, so it’s great to play against him in practice for the national time. They’re two very different players, but ones who share a common respect and admiration for each other.

And it’s no coincidence that Tatum’s surge coincides with his increased exposure to two-time NBA Finals MVP Kevin Durant. The two had paired together on the United States Men’s National Team for the first time in 2019.

In a recent episode of the Knuckleheads podcast, Tatum mentioned his third season where he clashed against the best players, and it was an unbelievable experience for him.

It was interesting to hear from Jayson when he spoke about Brooklyn Nets star, Kevin Durant. “Playing USA basketball really helps out with that, playing against KD every day and practicing and seeing how he prepares. And you know, he’s like one, like, he is one of the best players ever.” Tatum also described how KD shot over the top of everyone and his fluidity on the court.

He also expressed his excitement about competing against the top stars like KD and LeBron, as those are the matches that people remember.

“This is somebody I looked up to and we on the same team and he telling me like, you know, don’t pass the ball, go get a bucket,” Tatum said as he talked about how surreal it was playing with someone he looked up to.

Durant seems to have taken Tatum under his wing, sharing what he knows about being a successful professional basketball player. And Tatum is soaking up every bit of information, hoping to use it to help him take his game to another level this season and beyond.

Also read: LaMelo Ball’s Father Takes Aim at Michael Jordan: “What Advice Is He Going to Give Him?”

The post Celtics’ Jayson Tatum on Learning From Kevin Durant: ‘He’s One of the Best Players Ever!’ appeared first on EssentiallySports. 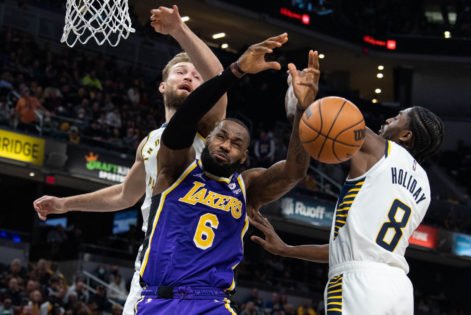 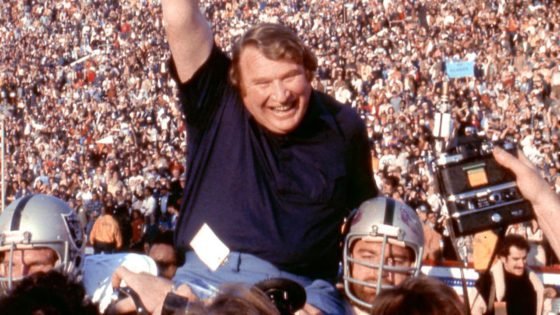 WATCH: When John Madden Featured in a Commercial With NASCAR Icons Like Darrell Waltrip and Geoff Bodine