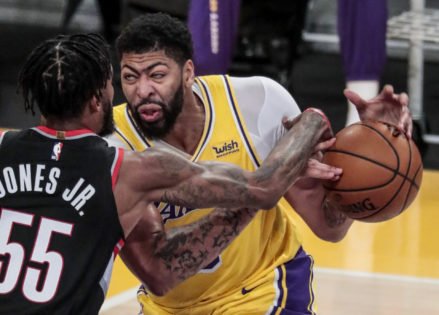 The Los Angeles Lakers are going back and forth with the Warriors in their preseason matchup. This is also the first time that LeBron James, Anthony Davis and Russell Westbrook are sharing the floor together. Hence, it is an important test run as it could shape up the entire regular season. But, the organisation got a major scare during a play.

Last season, the Lakers were no strangers to injuries; both Davis and LeBron struggled for large parts of the season. During the playoffs, AD picked up a groin injury and couldn’t take part after that. After a change in trainer since, he has looked good when it comes to injury concerns.

The last thing we want to see is AD being hurt. He’s got to be healthy this year #NBATwitter #LakeShow pic.twitter.com/TyRWmwKfTw

However, during a play against the Warriors, the Lakers received a big scare as Davis held his groin after a collision with a Warriors player.

Davis has seen many injuries through his career. While his talent obviously speaks for itself, it has been hard for the big man to stay healthy for a long duration. With the Lakers looking like a serious outfit this season, it is essential for him to be on top of his game. However, it seemed to have been cut short after he held his previously injured groin in pain. But fortunately, it wasn’t serious and AD continued to play.

Reacting to this, fans showed their frustration at AD’s repeated injuries. They took to Twitter to express their concerns and frustrations over the Laker star.

Here I’ll help you get up but I’m still flopping this.

Now you have Glass Man ANthony Davis falling, limping or taking hits. Sheeesh. SHUT HIM DOWN FOR THE NIGHT

Yes, I hold my breath every time someone even breathes on @AntDavis23.

We cannot go 24 hours without Anthony Davis being hurt somewhere

Me every time someone bumps Anthony Davis. pic.twitter.com/exSMWq7gyA

AD IS A WALKING INJURY

Despite injury concerns, Davis continues to play with all he is got for the purple and gold. Even right now, he has been flawless against the Golden State Warriors. Anthony Davis has accumulated 14 points with 2 blocks in just 18 minutes. Moreover, he has missed just a single shot so far.

Hence, while injuries do hold him back, they aren’t something Anthony has control over. With the size that he carries in combination with his play style, it gets tough to keep the body healthy. However, AD has shown fight and made changes to make sure he stays healthy for the entire season. So putting him down will do worse for the organisation. Davis is taking all the steps to ensure he improves his health through the season, but fans need to give the star time to get used to the load he takes.

Do you think AD can be healthy all season long? Let us know in the comments below.

The post ‘Clumsiest Freak’: Lakers Fans React in Frustration After Yet Another Injury Scare for Anthony Davis appeared first on EssentiallySports. 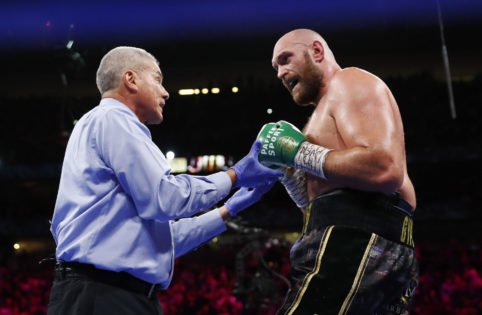 Tyson Fury Hints at Retirement From Boxing: ‘I Don’t Know if I Need to Fight Any More’