In the current entertainment universe, the Squid Game series from Netflix has attracted massive attention around itself. The entire storyline of this high-voltage drama is extremely captivating, wherein hundreds of contestants compete in a children’s game to earn billions of dollars.

But contestants failing to reach the pinnacle face deadly penalties. That said, the WBC interim heavyweight champ, Dillian Whyte, too, shared his idea about this Netflix series.

In fact, he took it to his Instagram to call for the Squid Game format in the modern heavyweight division. “I got a #squidgame put us all in a room see who comes out. #1”

Whyte ranks among the top-5 heavyweights and currently holds the WBC interim strap. He won this belt by demolishing Alexander Povetkin in their rematch. ‘The Body Snatcher’ had a long-time aspiration to fight for the ultimate heavyweight gold. And with this belt, he hoped to get that shot towards glory.

However, considering the mess up in the heavyweight division, Whyte didn’t get his chance to battle the WBC champ, Tyson Fury. To avoid inactivity, Whyte got lined up to face the stout Otto Wallin for his interim title defense.

Dillian Whyte vs Otto Wallin – Is this an easy fight for ‘The Body Snatcher’?

Otto Wallin has troubled Tyson Fury in the past. That said, he definitely has the skills to beat the best in the division. Hence, this will not be an easy fight for Whyte, who will have to dig in deep to get past Wallin.

LONDON, ENGLAND – DECEMBER 22: Dillian Whyte celerbates knocking out Derek Chisora as the referee stops the fight after the Heavyweight fight between Dillian Whyte and Derek Chisora at The O2 Arena on December 22, 2018 in London, England. (Photo by Richard Heathcote/Getty Images)

Wallin is a tactical fighter who usually takes his fights long. However, Whyte is a finisher who boasts significant power. Considering their records and styles, this contest has every ingredient to turn out to be an exceptional event.

It will be interesting to see who among the two remains the better man on fight night. Could ‘The Body Snatcher’ view this bout as his first round of ‘Squid Game’?

Watch this story – Every Time a Boxer Hit the Canvas at Tyson Fury vs. Deontay Wilder 3 Event

The post Dillian Whyte Reveals His Plan on Turning the Heavyweight Division Into a Squid Game appeared first on EssentiallySports. 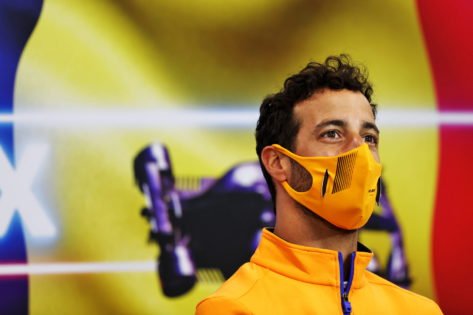