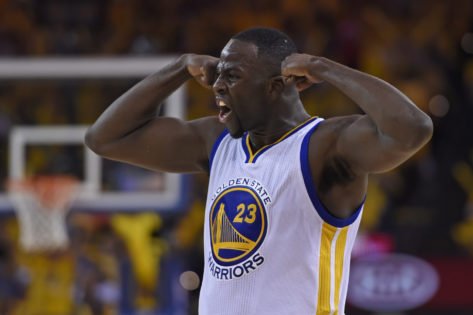 LeBron James got propelled to the headlines when the Los Angeles Lakers faced Detroit Pistons. James and Pistons’ Power Forward Isaiah Stewart were involved in an ugly altercation which eventually led to Isaiah losing his cool. The officials ejected LeBron James, making it only the second ejection in his career for the incident, which left Stewart bleeding from the right eye.

LeBron and Isaiah Stewart get into it

The incident took place in the third quarter when James and Stewart tangled for a rebound off of a free throw. James’ elbow hit Stewart on the face, causing the Pistons man to go down on one knee. Stewart confronted James furiously, causing players on both teams to join the skirmish. James has been suspended for the next match while Stewart will face a two-match ban.

Draymond Green gives his two cents on the incident

Draymond Green of the Golden State Warriors had a lot to say on the issue. Talking on Colin Cowherd’s YouTube channel, The Volume, Green talked about the fight.

Green feels the Denver Pistons players escalated the fight and they could’ve handled it better. He mentioned how LeBron James extended his hands to apologize, but the others created a fuss and things got ugly.

Draymond Green said, “You have the teammates coming running in, holding the guy back, pullin’ him away from LeBron and I think they may have made him feel like he should be upset because that’s when he went apesh*t.“

Miami Heat defeated the Detroit Pistons as Tyler Herro had a fantastic outing. The Heat point guard bagged 31 points and 8 rebounds. Jimmy Butler and Bam Adebayo added another 15 points and 9 rebounds each.

The Pistons played without power forward Isaiah Stewart, who missed the first match of the two-match suspension. Jerami Grant scored 21 points and had 7 rebounds for the Pistons. Rookie Luka Garza had his moment of fame as he started because of Stewart’s suspension and Kelly Olynyk still recovering from his knee injury.

WATCH THIS STORY: How much money has Michael Jordan invested in NASCAR ?

‘Stevie Wonder Could Call This’: Twitter Reacts to Poor Officiating During Bulls vs Nets 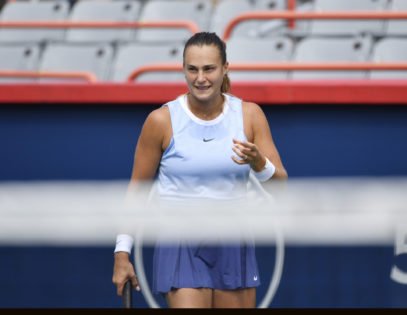