Former F1 world champion, Mario Andretti for the Italian president, anyone? Well, at least, he managed to portray himself as a viable candidate after receiving a single vote.

The Italian presidential election has been going on since January 24, 2022, and the candidates, including the active president. Sergio Mattarella, prime minister, Mario Draghi, and Member of the Italian Chamber of Deputies, Pier Ferdinando Casini, are battling hard for the top seat.

Amongst such competitive candidates stood Andretti, the Italian-born American racing legend. Hailing from Motovun in Istria, Andretti was capable of challenging for the president. However, quite interestingly, having spent most of his life in the United States, Andretti hardly owns any kind of recognition in Italy. And yet, he gave it a shot.

The result was not bad though as he did manage to garner one vote in total. It could have gone unnoticed, but, a Twitter post by IRCI (Regional Institute of Istrian Fiumano Dalmata Culture) revealed that Andretti had played a part in the election after all.

Watch Story: From Prince to the Queen: When F1 Stars Interacted With the Royal Family

The tweet by IRCI read, “Mario Andretti, Istrian from Motovun, exile in the USA, legend of motoring, has just received a vote as President of the Republic: a symbolic vote, destined to remain in the annals.”

Andretti, who managed to come across the tweet, had a laugh about it by pulling off a hilarious reply. “I accept, and let me know if I win…” he said.

Andretti made it into Formula One back in 1968 before securing a full-time seat in 1975. Eventually, after a couple of decent seasons, the Italian clinched his first world championship title. What’s more, he then went on to set a benchmark in many other racing series including the world-famous American motorsport, NASCAR.

He then portrayed himself as only the second driver in the history of motorsport to win races in F1, NASCAR, IndyCar, and World SportsCar Championship. Hence, for someone as successful and famous as Andretti, not winning an election wouldn’t be much of a big loss. 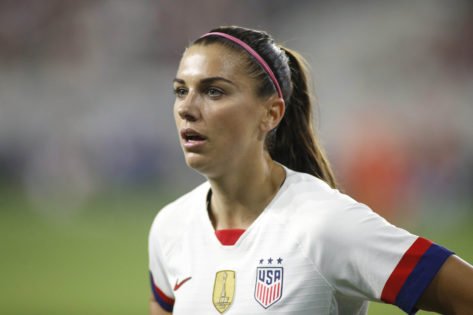 “They Lead by Example:” Alex Morgan Claims USWNT Will Suffer Without Megan Rapinoe and Carli Lloyd 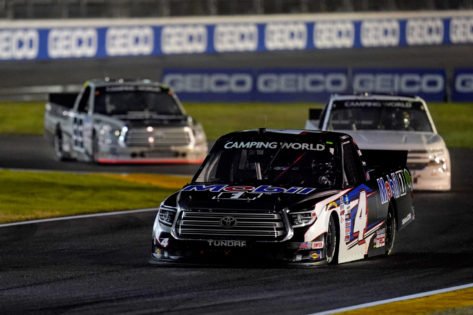 WATCH: John Hunter Nemechek Survives Crash at Martinsville to Sneak into the Championship 4