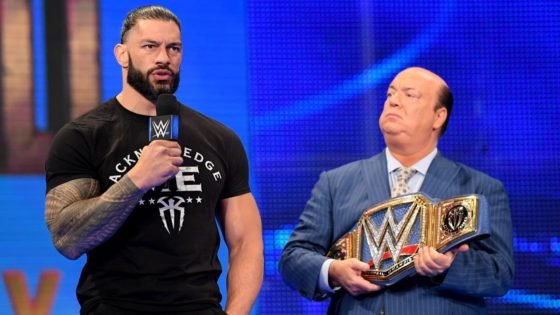 ‘The Tribal Chief’ Roman Reigns has been dominating the ‘Island of Relevancy’ for well over a year now. Ever since he won the WWE Universal Championship in 2020, he has put down more stars than Brock Lesnar did in his 500+ day reign as the Universal Champion.

Last night, he conquered ‘The Beast’ Brock Lesnar at the main event of WWE Crown Jewel 2021 PPV in Riyadh, Saudi Arabia with a little help from the Uso Brothers and maybe Paul Heyman as well. However, not only he has added extra moves to his arsenal as a wrestler but has drastically improved at his promos in WWE.

You know you’ve become a big wrestler when a former WWE Champion takes your back and thinks that you are the best talker in WWE right now.

In a recent interview with BT Sport, the ‘Scottish Warrior’ Drew McIntyre confessed that Roman Reigns is currently the best talker in the WWE even after he has a genius like Paul Heyman by his side.

“Roman has such a presence about him, for years it seemed like he had experience beyond his years.”

The WWE locker room through the eyes of the Scottish Warrior pic.twitter.com/xfgEkOTV9k

Before turning heel, we all remember the intense verbal banter between John Cena and Roman Reigns before their match at No Mercy PPV in 2017, and the WWE Universe vividly remembers how Roman Reigns completely forgot his lines stood in the ring, all silent and embarrassed.

But ever since he turned heel, he has become unstoppable and completely ruthless with his words and his fists. Four years later, Reigns delivered the infamous “missionary position” promo on John Cena, which was improvised by the Samoan wrestler.

With his latest win against Brock Lesnar, there is hardly anyone left in the WWE to challenge the WWE Universal Champion and take the title off of him.

Until now, many WWE legends and current superstars challenged Reigns, but to no avail. However, perhaps the WWE is planning a big surprise for us.

Maybe WWE legend The Rock will return to the squared circle at the Survivor Series PPV and give Roman a taste of a Samoan beat down. Shaquille O’Neal: “I’m Glad They’re Taking the Name Down Because That Was Our Building… Staples Center Belonged to Shaq and Kobe Bryant Forever.” 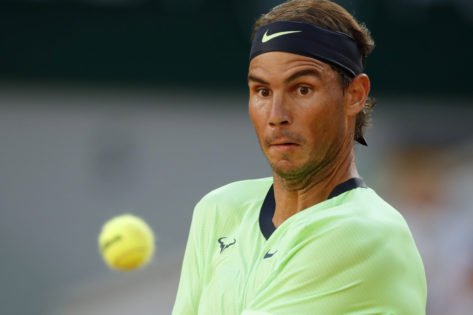 Rafael Nadal, Felix Auger-Aliassime and Alex de Minaur Talk About their Tennis Heroes While Growing Up