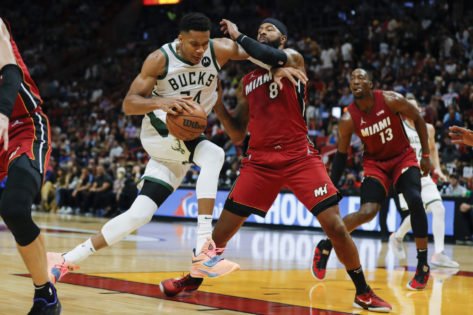 The Miami Heat have blown out the defending champions Milwaukee Bucks, ending their first meeting of the season with a score of 137-95. This victory in the season opener is going to be a confidence boost for the Miami Heat. However, for the Milwaukee Bucks and their fans, this was a reality check after the impressive victory against the Nets.

Twitter erupted as the Heat thrashed the Milwaukee Bucks at home. It is natural that the fans went crazy as the Bucks showed a half-hearted display on the court today. Hence, this is how the fans reacted to this beating for the defending champions.

This game was personal Heat Nation!!

And the bucks getting killed

What does this mean for the Miami Heat?

After the Bucks swept away the Heat from the playoffs last season, it seems like they played today to avenge their loss. Therefore, this was truly a show of dominance of skill from Jimmy Butler’s Miami Heat. Moreover, Bam Adebayo had an impressive display where he dominated the paint in the first half at least. He secured himself a 20 point double-double.

Consequently, the 2020 NBA Finalists played like they have something to prove. From their bench, Tyler Herro had an impressive 27 point display to shut down his haters who called him a bubble fraud.

What does this mean for the Milwaukee Bucks?

This thrashing from the Miami Heat comes after a strong start to the regular season with a win over the Nets. After Giannis‘ impressive display against the Nets, he gathered an inefficient double-double in this game. However, he only played limited minutes in this game and did not play in the second half.

Moreover, in the absence of Jrue Holiday and Brook Lopez, the Bucks seemed to scramble on defense whenever Giannis was not on the floor. In their absence, the bench got a lot more minutes and the result indicates that.

Therefore, the Bucks should not worry about going to a .500 record at the beginning of the season. Since, there are still 80 games in the season for them to dominate. However, they will look to avoid such blowouts as that might be an enormous blow to their confidence. 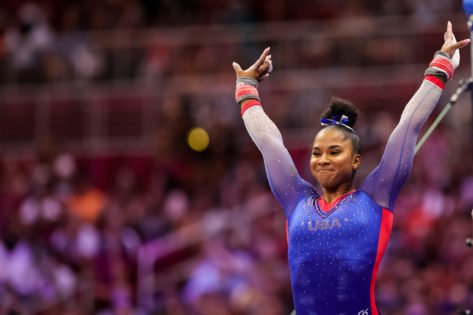 Promoter Calls for Scrapping of Mike Tyson vs. Logan Paul: ‘It Shouldn’t Happen’ “Brings Out an Array of Emotions”: Nick Kyrgios Reflects on Roger Federer and Jack Sock Match at Laver Cup 2021