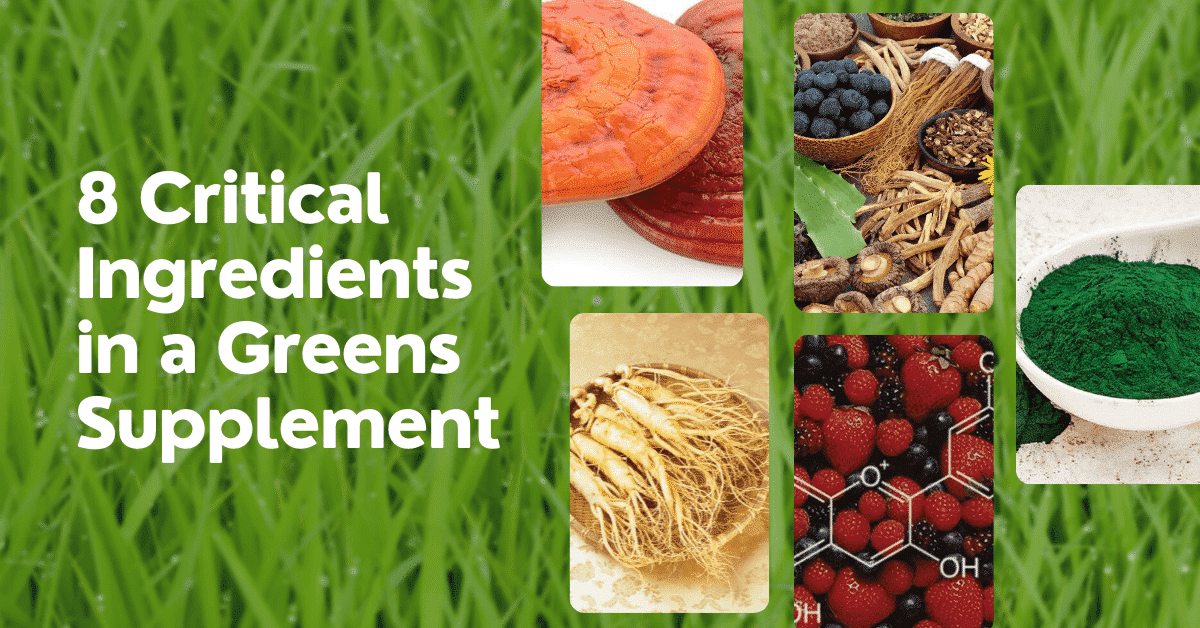 If you follow the blog consistently, then you know two topics I’ve talked about a lot recently are

(1) How much of a difference adding a Greens supplement has been to my overall health.

(2) My passion for finding supplements that actually have effective, correctly-dosed ingredients.

Yes, I’m the type of guy who loves going through the supplement isle and analyzing how much crap companies try to push on unwitting customers. My wife is tired of my rants in Wal-Mart.

So, in this article I want to take you through my process of choosing a greens supplement, including what lead me to look into using one as well as all the ingredients I researched.

In the end, I hope this article is less about highlighting greens and more about helping you better understand how to find effective supplements for yourself and avoid a lot of the marketing hype and unsupported, latest crazes.

For many years, I dutifully took a multivitamin.

Being an athlete, I knew I needed to make sure I wasn’t deficient in any important vitamins and minerals.

However, I began to see a lot of studies pop up about the effectiveness of multivitamins and whether they actually worked or not.

Some of the primary reasons cited were absorption as well the ability for whole food sources to provide additional micronutrients that aren’t listed on labels.

I noticed the absorption issue the first few times I took a multivitamin when my urine was a neon yellow color. I chalked this up to expelling the nutrients I didn’t need, but after further evaluation, realized my body just wasn’t absorbing the multivitamin well.

We all know that fruits and vegetables are healthy because the naturally provide vitamins, minerals and micronutrients essential to our health.

But, a lesser-known fact is that fruits and vegetables also contain other types of natural chemicals that aren’t essential to life, but help your body perform better and ward off disease. These are called phytonutrients.

Two good examples of this are the chemicals sulforaphane (found in broccoli) and anthocyanins (found in berries).

You won’t find these chemicals listed on any supplement labels, but they play an important role in strengthening the immune system and reducing inflammation.

Likewise, you won’t find them in a multivitamin, because you need to consume the natural plant or fruit to get them.

In the end, this is the big reason I switched from a multivitamin to using a greens supplement. Not only was I better absorbing the vitamins and minerals, I was also getting in the phytonutrients that comes with eating a variety of fruits and vegetables.

Now that I was sure I wanted to switch to a greens supplement, the daunting task of finding a good one began.

If you’ve ever searched for greens supplements, then you know the labels can be daunting.

The list of ingredients is usually pretty lengthy. Plus, many of the ingredients have long, difficult names or are ingredients we’re not familiar with

It gets overwhelming, your head spins, and it’s tempting to just go for the supplement with the most on the label. After all, more is better, right?

Well, that’s what supplement companies want; specifically, those in the greens industry.

Green supplement companies love to throw the kitchen sink in the label because they think the more stuff they can add, the more likely you’ll think it’s better or pay more.

Thus, I wanted to make sure I was actually researching what was inside, rather than just going with what had the most.

And so my process began.

Now, because it’s my passion, I did go through almost every ingredient on every label of the most popular 5 green supplements I could find.

I won’t bore you with write-ups (or write-offs) of the 100 or so ingredients I analyzed.

Instead, what I did as I was researching is put together a list of what I found to be the most effective or important ingredients, specifically when it came to training and performance.

Then, with this list of about 9 ingredients, I looked at the labels to see which made the cut and which didn’t.

The Most Important Ingredients in a Greens Supplement

Below are the ingredients, based on research the most important ingredients (or groups of ingredients), that I think should be included in a greens supplement for athletes/runners.

For criteria, I wanted to see multiple research studies showing a positive outcome (i.e. substantial evidence) with a high “magnitude of effect” (meaning the improvement or change was significant).

Because there are a lot of ingredients to sift through, I didn’t concern myself too much with those that only had one study supporting its impact or the results were mixed and showed limited effect.

In some cases, like adaptogens, I grouped many ingredients together because most companies that included adaptogens used many of the same sources.

Spirulina is a blue-green algae that’s one of nature’s richest and most complete sources of vital nutrients.

It’s often used as a vegan source of protein and is particularly abundant in B vitamins, minerals, and essential fatty acids, as well as a powerful antioxidant and anti-inflammatory.

A 2006 study also demonstrated that spirulina can help prevent skeletal muscle damage during exercise, even when compared to protein ingestion.

There’s also an abundance of evidence to support enhancements to the immune system, reduction in inflammation, improvements to insulin sensitivity and blood pressure and cholesterol profiles.

After researching, spirulina quickly became one of my “must haves” in a greens supplement.

I’ll admit, I was surprised when I saw the evidence to support mushrooms having an actual impact on health and performance.

My bias had always been that herbs, mushrooms, etc were kind of over hyped. But, this exercise on greens supplements opened my eyes to some of the actual scientific evidence.

For example, a 2005 study demonstrated that reishi can reduce oxidative damage, which not only helps during exercise, but can help reduce some of the symptoms of natural aging.

Another interesting finding from a 2011 survey showed that reishi supplementation can actually inhibit the production of fat cells. The study was conducted in the context of obesity, but the markers indicate it would be effective for anyone.

Like spirunla, reishi also has a lot of evidence to support overall immune system, cholesterol, kidney and liver health.

A related ingredient I found come up often in the literature is astragalus membranaceus (also known as Mongolian milkvetch).

This is an herb that has long been used in traditional Chinese medicine to increase stamina, vitality, and longevity, and to treat the cold and flu.

Surprisingly, astragalus membranaceus has quite a lot of scientific papers supporting its ability to boost the immune system and protect both the heart and kidneys.

There is some preliminary evidence it can also reduce oxidative stress, but it was a pilot study.

I added this ingredient to my list because of the number of supporting scientific studies.

I mentioned before about the benefit of a greens supplement over a multivitamin is that greens contain a lot of the phytochemicals, chemicals and enzymes that only occur in fruits and vegetables.

That’s why I wanted to see something like wheat grass in a greens supplement. Pound for pound, wheat grass is one of the most phytochemically dense ingredients available.

More importantly, studies show that minerals, phytochemicals, active enzymes, and vitamins that can be easily absorbed.

One supplement that is definitely not a requirement, but has shown great potential to directly increase endurance performance is CoQ10.

CoQ10 is a vitamin like, fat-soluble substance existing in all cells, but its bioavailability is very low (meaning your body is not very efficient at absorbing it. This is why supplementation may have such a direct impact.

Adaptogens are herbs, plants or mushrooms that are meant to help the body react to stress, sickness and fatigue. Adaptogens are not just one plant, but rather a class of plants and herbs like tumeric, ginger, ashwagandha and more.

For runners, each specific adaptogen has research supporting how they can increase energy, decrease fatigue or decrease stress and the ways in which they work are all slightly different. However, they are generally always taken together, so the health and performance impacts of each are combined.

As such, I wanted to see a greens supplement contain at least ashwagandha, tumeric and ginger and any additional would be a bonus.

Probiotics are beneficial bacteria found in certain foods or supplements that help improve gut health and digestion. Prebiotics are types of fiber that feed the friendly bacteria, like probiotics, in the digestive system. So, think of priobiotics as the fuel for probiotics.

Now, why is this important for runners?

Well, if you’ve ever suffered from consistent bathroom issues in training or during races, then you know how important having a healthy gut can be.

Second, a healthy digestive systems helps you better absorb all the vitamins and nutrients you take in, which is crucial for runners who need them.

A Blend of Anthocyanins

Anthocyanins are pigments found in various plant foods that have anti-oxidant and anti-inflammatory properties.

One clinical trial found that athletes in the 100-mg anthocyanin supplement group had a statistically significant increase in maximal oxygen consumption.

In another clinical trial, researchers who worked with runners who consumed anthocyanins or a placebo for five days before and two days after a marathon found that the anthocyanins group had reduced inflammation markers and showed a faster recovery in isometric strength.

One interesting tidbit I did come across in my research of anthocyanins is that they are expensive to produce. As such, you often won’t find them in lower priced greens supplements.

Again, when analyzing my criteria, the above ingredients were the minimum I wanted to see since they were the ingredients with the most supported research or demonstrated effect.

In the end, I settled on Athletic Greens.

Overall, I examined 10 of the most popular greens supplements I could find based on my search. Athletic Greens was the only one to contain all of my requirements (and more).

The one drawback was that Athletic Greens was on the higher end in terms of price.

This is likely because they were one of only 2 that contained anthocyanins, which are expensive to produce. However, this confirmed to me that they were focused on quality, rather than trying to make the cheapest product they could.

The initial price tag looks hefty – $77 for a months supply. But when I broke it down in my head, I realized that this is only $2.50 per serving.

I really wanted to give greens a try, so I committed to just trying it out for 30 days during my new years challenge…I was hooked right away.

That $2.50 per serving seems even cheaper now that I’ve seen the benefits.

Plus, I am no longer taking a multivitamin, so that knocked out about a dollar per day.

Plus, I am drinking much less coffee and don’t feel quite as guilty for not always having my fridge stocked with fresh greens, so that knocks off another dollar or two.

So, basically it’s costing me an extra 50 cents compared to my old routine. Plus, here’s a link to save 20%.

In the end, the process of finding a solid green supplement was pretty long, but I learned a lot along the way and, as with all the supplements I use, feel really confident in the effectiveness. 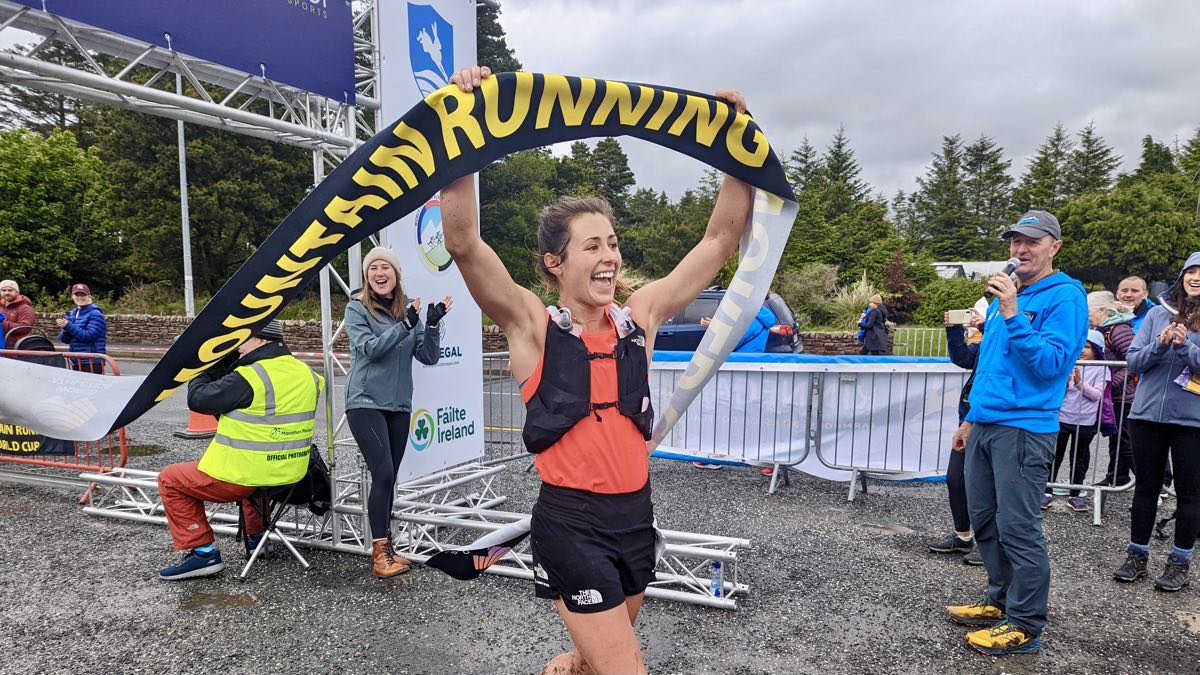