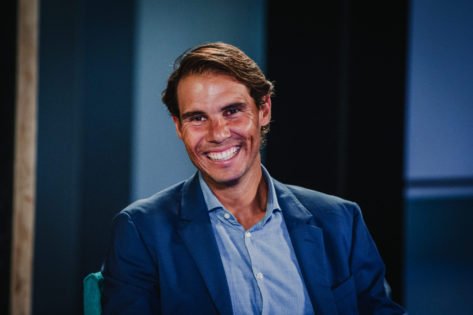 20-time Grand Slam champion Rafael Nadal is one of the most inspiring personalities in the sports world. Not just for his tennis expertise, but also his humility off the court. And it is because of his humanitarian nature that the city of Sant Llorenc des Cardassar made him their adopted son. In response, the 34-year-old expressed his warmest gratitude for the honor.

In 2018, a massive storm hit Sant Llorenc des Cardassar and flooded the island. During that time, Nadal joined the efforts by volunteers in the clean-up of the city. Notably, he made an investment higher than any other to bring the city back to its feet. And so, the Sant Llorenc honored him by making Nadal their adopted son.

First and foremost, the Spaniard opened up on his actions during the trying times in Sant Llorenc. Like on the tennis court, Rafael Nadal did not want to leave anything behind while doing his best for the city.

Hence, during the award ceremony, Nadal said, “I felt I had to contribute everything I could to make the recovery as quick as possible.”

(All quotes are translated from Spanish to English via Google Translate).

Afterward, Nadal also posted a picture on Instagram, holding the award. He expressed his gratitude upon receiving the award in the caption.

“I am very grateful to the people of Sant Llorenç for making me their adopted child! It is a great satisfaction for me that the people have thought that we deserve such an honor,” Nadal wrote.

Furthermore, he extended gratitude towards the entire government team. Nadal also made contributions to help the underprivileged during the pandemic. Besides, his Rafa Nadal Foundation works year-round to better the lives of underprivileged children in Spain.

When will Nadal return to the tennis tour?

Because of his foot injury, Nadal called off his 2021 season before the US Open. However, fans were excited for his return to the tour next year until he gave a sobering update.

WASHINGTON, DC – AUGUST 05: Rafael Nadal of Spain waves to the crowd after losing a match to Lloyd Harris of South Africa on Day 6 during the Citi Open at Rock Creek Tennis Center on August 5, 2021 in Washington, DC. (Photo by Mitchell Layton/Getty Images)

Moreover, Nadal also made an appearance on practice courts after a long time. But unfortunately, the Spaniard raised more concerns regarding his return to the ATP Tour. So far, his return date remains unknown.

Hopefully, Nadal will overcome his injury and will soon compete on the men’s circuit. Let’s see if he makes it in time for the Australian Open 2022. Do you think Nadal can win one more Grand Slam in 2022?

Also Read: “I Do Not Know When I Will Play Again”: Rafael Nadal Announces Sorrowful News About His Return

The post “Had to Contribute Everything”: Rafael Nadal Expresses Gratitude After Receiving Special Honor appeared first on EssentiallySports.

“She’s a Ballerina”: Serena Williams Will get Emotional After Daughter Olympia’s First Recital

INTENSE! Conor McGregor Kicks Dustin Poirier In the course of the UFC 264 Faceoff 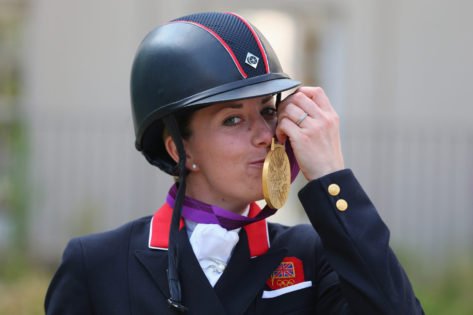