NASCAR Truck Series driver, Hailie Deegan, is one of the most well-known names in American motorsports today. The David Gilliland Racing driver recently finished her rookie season in 17th place. In 2021, she scored nine finishes in the top 20 and one inside the top 10.

For a rookie driver of only 20-years of age, these are impressive numbers. But the season came with some repetitive on-track incidents with other drivers who Deegan believes treat her differently. Such is Deegan’s frustration that she revealed on a podcast that she wouldn’t back down from a physical confrontation, if not for her gender. Deegan believes that if she was a male, things would be ‘totally different’.

In fact, she admits she would’ve been in a few brawls already.

“The fact that I’m a girl, it’s like it’s a double negative because like first of all, they’re just going to say, ‘Oh look at her, she knows he can’t hit back and stuff.’ And then if he does hit back everyone is going to hate on him” Deegan said as reported in Sportscasting.

She emphasised that she would be ‘OK’ with it, but it’s not ‘a win for everybody’.

The feuds of rookie Hailie Deegan

In the last two years, Deegan has been involved in many feuds because of on-track incidents. The most repetitive one is with driver Drew Dollar.

Last year in the ARCA Series race at Kentucky, Dollar made contact with Deegan and turned her No.4 car out of the race. Then again in Kansas, Deegan was wrecked out by Dollar.

On both occasions, she called him out.

“It seems like every race they title a car, we seem to get wrecked by Drew. It happens,” she said after the race in Kansas.

But she has been on the other end too.

This year in the Truck Series race at Texas, Drew Dollar again got involved in a track incident with Deegan, but he came off worse this time. Dollar who was on the inside line of Deegan, broke loose and hit hard into Turn 1 and 2 walls.

Deegan got into a confrontation with driver Paul Tracy in the SRX series as well. With two laps to go in the race at Slinger Speedway, Deegan ended up spinning Tracy, resulting in a heated outburst from Tracy afterwards.

It seems Hailie Deegan may have to earn her place and respect in a sport in which, unfortunately, she still stands out. That doesn’t mean she needs to get into brawls or fights. Because she can still fight back with no punches and still do the talking with no words.

Simply by racing hard and winning.

The post Hailie Deegan Reveals Willingness to Fight a Fellow NASCAR Driver if Not for One Reason appeared first on EssentiallySports. 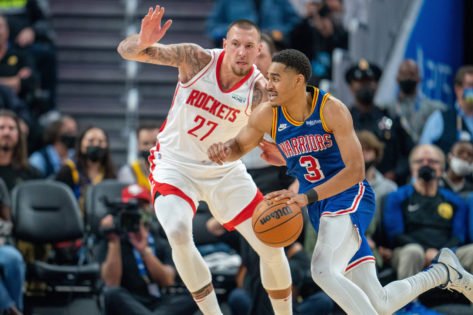 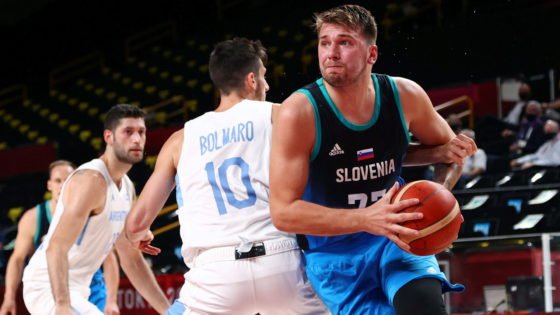 WATCH: Luka Doncic Continues to Dazzle on Olympics Debut With Elite Behind the Back Pass vs Argentina 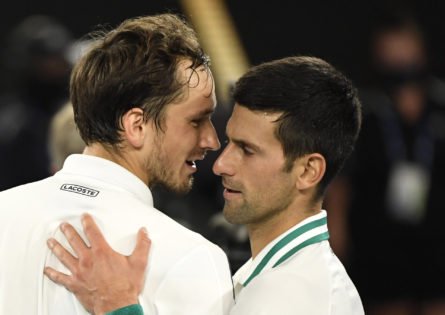