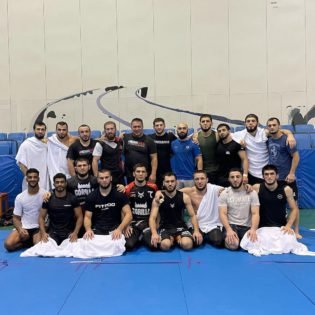 Khabib Nurmagomedov has slotted into his new role as a coach perfectly. ‘The Eagle’ is responsible for the likes of Usman Nurmagomedov, Umar Nurmagomedov, Islam Makhachev among others in unison with American Kickboxing Academy head coach Javier Mendez.

Thus far as a coach, ‘The Eagle’ is undefeated in the UFC. However, it will only get tougher from here on out as Nurmagomedov and his group of fighters take on tougher tests in the promotion.

Javier Mendez, in a recent interview, shared his thoughts on who the main coach is at the moment and heaped praise on ‘The Eagle’ for the new role he has taken on so seamlessly. He said, “No matter what anybody says, the main coach is Khabib. He may not be there running the practices day in and day out, but he is the main coach everybody goes to him as the final decision-maker. You can say I am the mentor.”

A big month coming up for Khabib Nurmagomedov and his protege

For a long time now, Khabib Nurmagomedov has hailed Islam Makhachev as the next lightweight champion in the UFC. ‘The Eagle’ has always maintained that once he is done with the sport, Makhachev would carry forward the name of Eagle’s MMA in the UFC as a champion.

Makhachev was supposed to take on former champion Rafael dos Anjos later this month at UFC 267. However, dos Anjos pulled out of the fight due to an injury. Dan Hooker stepped in on short notice to take on Makhachev, who is currently on an eight-fight win streak. A win over Hooker will most definitely mean a title shot in the next outing for Islam Makhachev.

Will Islam Makhachev be able to follow his mentor’s footsteps and capture UFC gold? Let us know in the comments below! 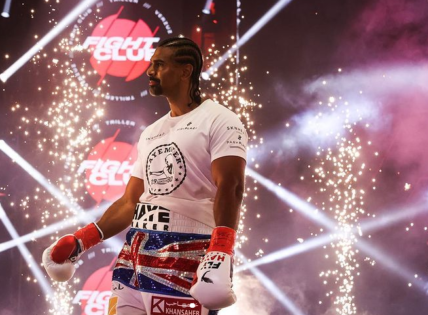 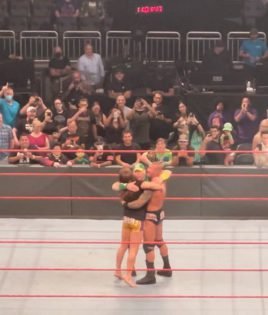 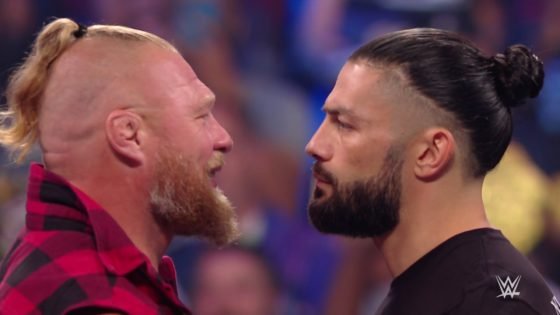 Brock Lesnar vs Roman Reigns net worth: Who is richer?