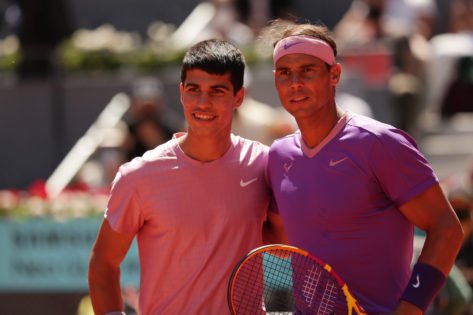 Carlos Alcaraz earned a huge name for himself on the ATP Tour this year. The Rafael Nadal fanboy defeated Stefanos Tsitsipas at the US Open 2021 and recently emerged as the champion of the ATP Next Gen Finals 2021. At just 18 years of age, Alcaraz is undoubtedly a prodigy. It is because of this reason that in Nadal’s absence, fans are expecting him to deliver at the Davis Cup Finals 2021.

Recently, he talked about his experience of meeting the ‘King of Clay’.

In the latest edition of Players’ voice, Alcaraz talked about his first meeting with Nadal. He mentioned that even though he didn’t get the chance to talk to him properly at that time, he found him to be a really nice guy after his first interaction with the former World No.1 player.

MADRID, SPAIN – MAY 05: Rafael Nadal of Spain shakes hands with Carlos Alcaraz of Spain after winning their second round match. Day seven of the Mutua Madrid Open at La Caja Magicaon May 05, 2021 in Madrid, Spain. (Photo by Clive Brunskill/Getty Images)

“The first time I properly talked to him, I saw that he was a great guy and it was very good speaking to him,” said Alcaraz.

Alcaraz highlighted that if someone who didn’t know who Rafa was met him, they’d think he was an ordinary person. He even added the 20-time Grand Slam champion is very humble and pleasant.

“If you didn’t know who Rafa is through his achievements, you would think that he is just an ordinary person. I think this is what characterises him the most; being very personable, humble and cheerful,” added the 18-year-old.

Seeing Alcaraz succeeding at many tournaments at such a young age, many fans and even experts compare him to Rafa. The comparisons are natural, as Carlos seems like the heir to Rafa’s throne in Spanish tennis.

However, the prodigy reflected that his coach, Juan Carlos Ferrero, doesn’t like those comparisons and instead wants him to focus on his own gameplay.

“My coach, Juan Carlos Ferrero (former world No. 1 and 2003 Roland-Garros champion), who plays a fundamental role in my career, does not like it when I am compared to Rafa. He tries to make me focus on myself, on Carlos Alcaraz, and not trying to be like anyone else. That advice helps me a lot,” concluded the Spaniard.

It will be the first time when Carlos Alcaraz will be representing Spain at the Davis Cup Finals 2021. Will he, along with others, be able to guide Spain to Davis Cup glory even in the absence of Rafael Nadal? 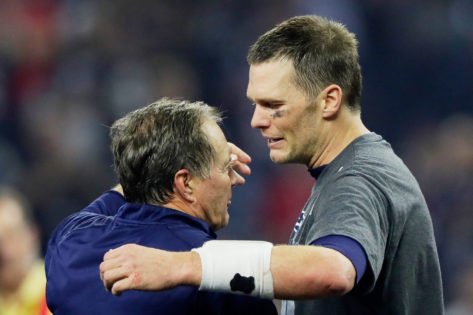 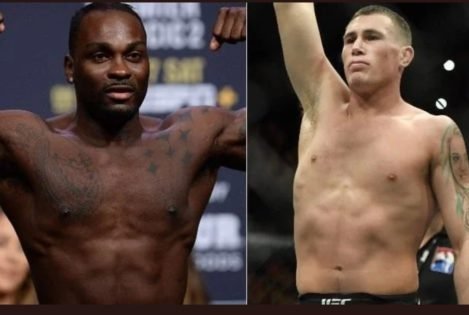 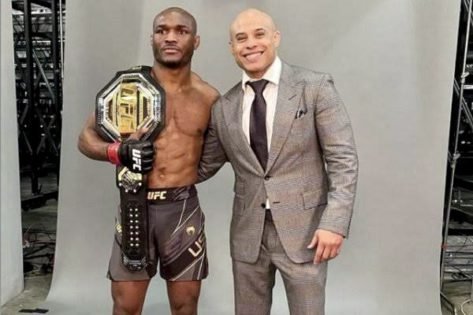