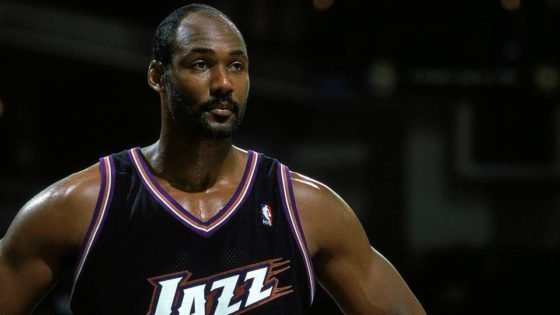 One of the most controversial players the NBA has ever had is Karl Malone. Although controversial, his talent and success cannot be undermined. He currently is the second-highest scorer in NBA history surpassing the likes of Michael Jordan, Kobe Bryant, and LeBron James. He spent most of his career in the Utah Jazz with a brief stint with the Lakers.

Despite not winning an NBA championship with the Jazz, he came incredibly close to winning one with the Lakers. After spending 18 seasons with the Jazz, he joined their rivals, the Los Angeles Lakers in search of a ring.

LOS ANGELES – MAY 31: Kobe Bryant #8 and Karl Malone #11 of the Los Angeles Lakers walk downcourt in Game six of the Western Conference Finals against the Minnesota Timberwolves during the 2004 NBA Playoffs on May 31, 2004 at Staples Center in Los Angeles, California. NOTE TO USER: User expressly acknowledges and agrees that, by downloading and or using this photograph, User is consenting to the terms and conditions of the Getty Images License Agreement. (Photo by Jed Jacobsohn/Getty Images)

The biggest roadblock in Malone’s career came in the form of Michael Jordan. Jordan and the Chicago Bulls managed to defeat Malone and the Utah Jazz twice in the playoffs.

Why did Malone join a rival?

While some might blame Malone for joining a rival after playing for the Utah Jazz most of his life, he needed the Lakers more than he realized. The Jazz lost Stockton, who decided to retire and the team couldn’t get past the second round in five seasons. Malone had enough and decided to leave.

One of the biggest reasons for his Lakers stint was his mother. His mother passed away just before he signed for LA and Malone faced one of the most difficult times in his life.

Gary Payton and Karl Malone were introduced as new Lakers during a press conference at Staples Center in Los Angeles on Thursday, July 17, 2003. (Photo by Gina Ferazzi/Los Angeles Times via Getty Images)

She wanted her son to win a championship all her life. And although Karl Malone played for the Jazz, she reportedly was a Lakers fan all her life.

Apart from the want of a championship, the change of scenery after the death of his mother pushed Malone to join the LA who had the likes of Shaquille O’Neal and Kobe Bryant.

After all the years of battle with Los Angeles in a Utah Jazz jersey, fans found it odd to see Malone represent a rival. The feelings of the fans can be best explained by Malone’s agent. Even though he hated the Lakers, he wanted them to win because of Malone.

His agent says, “I hate the fucking Lakers but I was a huge Lakers fan during the playoffs. I wanted Karl to win.” Although he couldn’t win a championship, his move to the Lakers was the biggest talking point of that era.

The one-year stint with the Los Angeles Lakers did not go as expected. Then 40-year-old Malone joined the likes of Shaquille O’Neal and Kobe Bryant.

Lakers Karl Malone, Kobe Bryant, and Gary Payton walk off the court as the Lakers defeated the Timberwolves in Game 4 of the Western Conference Finals at the Staples Center. (Photo by Wally Skalij/Los Angeles Times via Getty Images)

He played just 42 games in a season where he had the worst numbers in terms of average. He averaged 13.2 points and 3.2 assists for Los Angeles.

Despite coming very close to a championship, the Lakers fell short to the Detroit Pistons in the finals. Malone retired with an average of 25.0 points 3.6 assists and 0 NBA championships.

Do you think joining the Lakers was a mistake for Karl Malone? Let us know in the comments below.

The post “I Hate the F**King Lakers but I Was a Huge Lakers Fan”: Karl Malone’s Agent Reveals His Biggest Internal Conflict During NBA Playoffs appeared first on EssentiallySports. 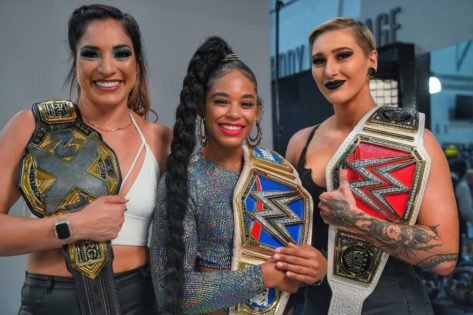 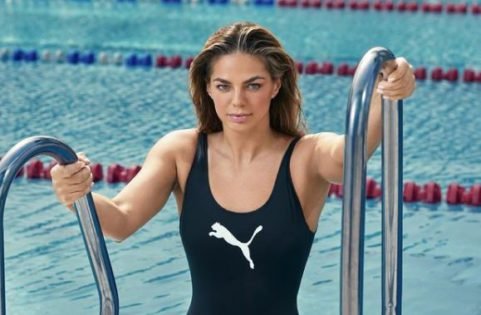