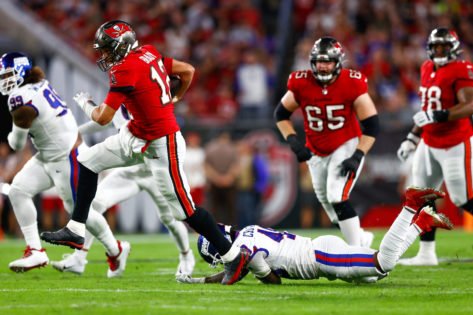 Last week’s Tampa Bay Buccaneers victory over the New York Giants has become historic. It is still the talk of the town. Brady and Evens both made history in a Buccaneers shirt. Most people are still talking about Tom Brady and his 11-yard first-down run.

“Every time I see him run the ball I’m like… please get down.” The Buccaneers wide receiver Chris Godwin gave a hilarious response when asked about Tom Brady’s first-down run. He explained the run in detail, “One guy came and dove at him, and I’m like he’s definitely gonna side here and nope. He does his little Tom-hurdle, but it was dope to see him get the first down, the crowd loved it.”

The wide receiver made fun of Brady’s run, but he has respect for arguably the greatest quarterback of all time. Godwin took one more friendly dig at Brady. He said, “He was gassed up, I think this is the most running he’s done in his entire career. I’d be interested to see the stats. He is probably got like 30 or 40 yards. He is trying to break a record or something.” Godwin makes fun of Tom’s old age in a friendly manner.

Is Tom Brady the Flash?

Been trying to tell people for years that I’m the fastest man alive… https://t.co/mVgf4HYe00

The Buccaneers uploaded the clip from the interview where Godwin talked about Brady on Twitter. Brady responded to Godwin’s comments online. Tom quoted the tweet and said, “Been trying to tell people for years that I’m the fastest man alive…”

Tom Brady, in a joking manner, addresses himself as the fastest man alive. Perhaps Brady is behind the mask of the world-famous DC Comics superhero, The Flash. Maybe Tom is comparing himself to the actual fastest man on earth, Usain Bolt. Whoever Brady compares himself to his response was hilarious. Jokes aside. At 44, it is still amazing to see Brady move the way he does. The GOAT quarterback still has a lot left in the tank, and with every performance, he proves it to everyone.

After crushing the New York Giants 30-10 last week, the Tampa Bay Buccaneers will face the Colts. Let us see if Tom Brady is going to make any more crazy run in the week 12 fixtures. 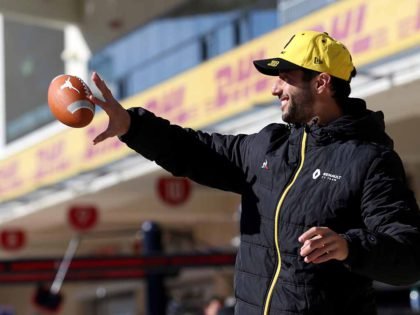