Death Row Records signed Snoop Dogg in 1992, and he saw an immediate rise to fame. Dogg was recently on ‘The Joe Rogan Experience’ podcast, and while they touched upon a lot of topics, the hip hop rivalry also came up. When talking about it becoming a divide in the U.S with hip hop, Snoop said, “Yeah, it was, because you didn’t want to be on the wrong side. For example, if you had friends right that was leaning more towards the East Coast. And you had a friend that really wanted to hear West Coast music, y’all might’ve ended your friendship based on that.”

While discussing how it’s not how it is anymore and if that is a good thing, Snoop said, “That’s a great sign. Because people working together from all parts of the world… The divide was, we couldn’t control the media like we can now. Even back then, East Coast and West Coast used to hang with each other, kicking and love each other.”

“But we didn’t control the media platform,” Snoop said. “We didn’t have an Instagram or Facebook where we can slap up a picture of me and Nas or Jay-Z and this person hanging out. All you had was the media saying, East Coast and the West Coast don’t like each other. What side you choosing?”

Both men had a lengthy discussion about the former UFC lightweight champion, Khabib Nurmagomedov. Nurmagomedov retired from the sport undefeated, and Rogan called him the greatest lightweight of all time.

Even after retiring from the sport, ‘The Eagle‘ is a shadow that looms over the lightweight division. He was never challenged, and if he ever makes a comeback, he will come for the title. For now, he is involved in coaching fighters like Islam Makhachev, and also owns an MMA promotion.

What do you make of the East Coast-West Coast rivalry? Do you think Khabib is the lightweight G.O.A.T?

WATCH THIS STORY – 6 Fascinating Facts About The Joe Rogan Experience

Tokyo Olympics 2020: Each Athlete and Horse Lacking Equestrian Occasions On account of Harm 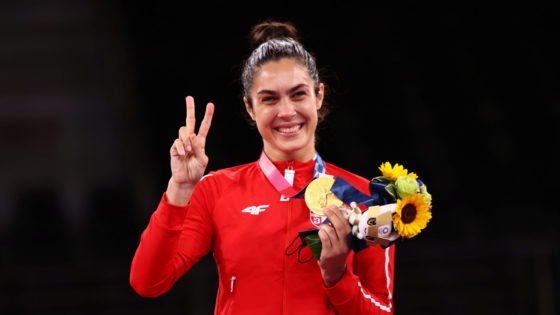