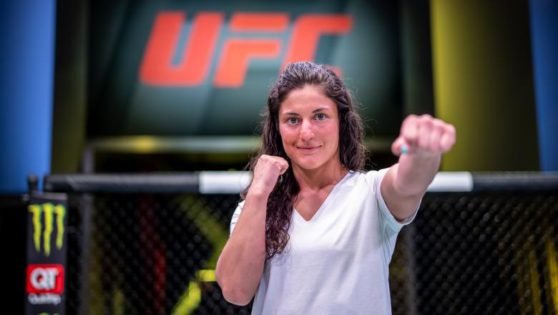 Days after her win at UFC Vegas 39, Mexican strawweight fighter Lupita Godinez is ready to return to the octagon. Following her opening round submission against Silvana Gomez Juarez, a confident ‘Loopy’ will move up a weight class to fight Luana Carolina in a flyweight match at Vegas 40 in a short notice bout.

A five-round featherweight fight between Norma Dumont and Aspen Ladd will serve as the main event of the card. Akin to the Godinez fight, it is also a short notice bout as Holly Holm had to withdraw from the bout.

BREAKING: Sijara Eubanks OUT (Covid Protocol) Lupita Godínez @Loopygodinez IN vs. Luana Carolina. Godínez is moving up to 125 to fight just one week after her first victory in the octagon vs. Silvana Gómez Juárez.

‘Loopy’ has taken the place of Sijara Eubanks, who cannot compete due to COVID-19 guidelines. If Godinez (6-1) manages a win this weekend at UFC Vegas 40, she will break Khamzat Chimaev’s record for the quickest 2-0 rebound win in modern UFC history.

‘Loopy’ Godinez submitted Silvana Gomez Juarez in the first round on the preliminary event at UFC Fight Night 194 in Las Vegas. She jumped right on Juarez, landing three punches before attempting a takedown.

Godinez dominated her opponent throughout the battle and completely took over after the takedown. She blocked Juarez’s every attempt to get back to her feet. Later in the round, Godinez trapped Juarez as she moved the wrong way to escape.

This provided her with an opening to secure an armbar and force the tap. This was the former LFA champion’s maiden UFC win. She lost her maiden UFC bout to Jessica Penne at UFC Vegas 24.

Lupita Godinez earned the Performance of the Night for his speedy win against Silvana Gomez Juarez. If she can perform an encore in the octagon at the UFC APEX on October 16, she will see her career take off in a massive way.

Has Lupita ‘Loppy’ Godinez bitten off more than she can chew with such a quick turnaround at an alien weight class? Or is this a masterstroke?

The post Lupita Godinez to Return to UFC Action Again Just After 7 Days From Last Fight appeared first on EssentiallySports. 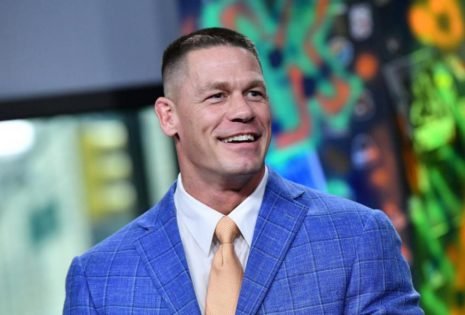