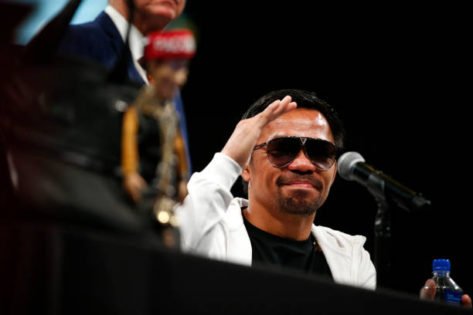 Manny Pacquiao is currently preparing to run for the presidency in the Philipines. Following his loss to Yordenis Ugas, Pacquiao announced his retirement from boxing on September 28th via his social media handles.

Pacquiao had entered politics back in 2010 and has since juggled his professional boxing career and his political career. Now, at age 42, the ‘Pac Man’ decided to call it quits and focus solely on his political career. Earlier today, the Philippine senator penned an emotional message to his fans and countrymen alike.

He posted the message along with a poster of his campaign for the presidency on all his social media handles. The message read, “I look forward to the promise of a good tomorrow for the Philippines. In the year 2022, I have full confidence that the Filipino people will choose the right leadership to lead and lead the country on the right path of unity, change, and progress towards a clean and prosperous future for all.”

“No one is rich or poor, no one is educated or uneducated, no one is old or young, all equal. All will be given the opportunity to advance in life.” (via Google Translate)

His adoring fans and countrymen flooded the comments section with praise and support as he ventures out on this new endeavor.

Also read: “I’m Gonna F**k You up First” – Teofimo Lopez and George Kambosos’ Teams Get Into a Heated Altercation

While he may have left boxing, Manny Pacquiao still continues to follow the sport. ‘Pac-Man’ congratulated Canelo Alvarez following his historic win over Caleb Plant. Saul ‘Canelo’ Alvarez knocked Caleb Plant out in the 11th round at the MGM Grand Garden Arena to unify the super-middleweight division. The Mexican made history as he became the first-ever ‘undisputed’ super middleweight champion.

Congratulations to the pound for pound king, @canelo, on making boxing history as the first undisputed super middleweight champion ever. Plant put up a great fight but Canelo is just too good. Boxing is in great hands.

The eight-division world champion wrote, “Congratulations to the pound for pound king, @canelo, on making boxing history as the first undisputed super middleweight champion ever. Plant put up a great fight but Canelo is just too good. Boxing is in great hands.”

The post Manny Pacquiao Pens an Inspirational Message to His Fans and Countrymen as He Runs for Presidency in 2022 appeared first on EssentiallySports. 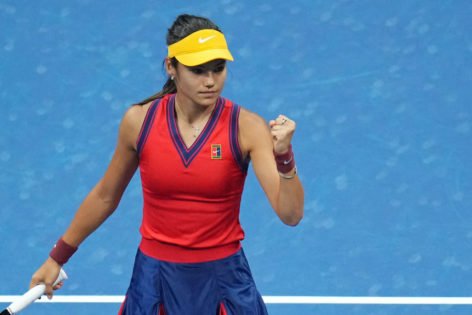 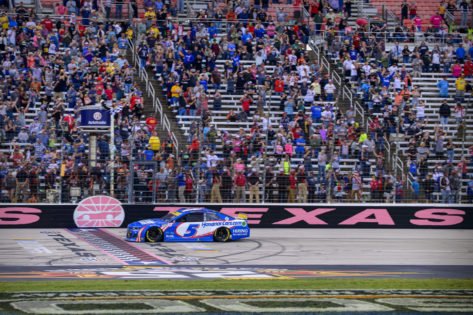 Phoenix Raceway: How Many NASCAR Fans Will be There in Attendance for This Championship Finale?