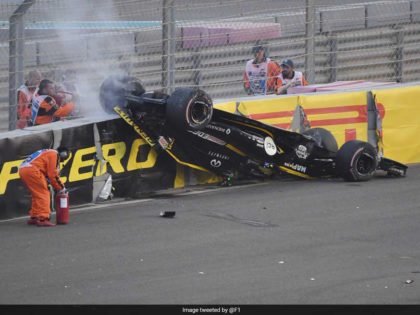 Nico Hulkenberg is currently serving as a reserve driver for the Aston Martin F1 team. The German has been out of a permanent seat in F1 since he left Renault at the end of the 2019 season. However, he has been a part of this sport long enough to talk us through various aspects of an F1 car. Recently, he looked back at one of his infamous rollovers in Abu Dhabi.

The German has previously driven for Renault, Sauber, and Racing Point to name a few. He had a violent first-lap crash at the Yas Marina Circuit in 2018. Needless to say, he dropped out of the race and finished in P20. However, he finished 7th in the drivers’ standings and was at the top of “best among the rest” in that season.

In a recent interview reported by Formel1.de, he discussed his 2018 crash in the season finale which he believes was harmless “aerial acrobatics.” The German was stuck in his Renault R.S. 18 for around three minutes and could be heard over the radio saying, “I’m hanging like a cow. Get me out. There is fire. There is fire!”

He walked away unscathed from his big collision with Romain Grosjean#AbuDhabiGP #F1 pic.twitter.com/bAVm0LRgtQ

Now when he looks back at the incident, he has a different perspective. “It’s just aerial acrobatics, and you can’t hurt yourself in the air,” said Hulkenberg as reported by Formel1.

“It always gets bad when you hit somewhere and high forces arise,” added the German.

Hulkenberg’s return on the grid

Nico Hulkenberg made his last appearance in F1 during the 70th Grand Prix where he was filling in for Sergio Perez. However, he could not secure a seat for the 2021 season as the team went ahead with the combination of Sebastian Vettel and Lance Stroll. Although he is serving as the reserve driver, he hasn’t been called to fill in for any race this season. With just two races to go in the season, his chances of getting behind the wheel are quite slim.

Hulkenberg recently took a dig at how F1 teams operate. “Yeah, definitely. I’ve got to be realistic there, that this train probably has left, especially given today’s current situation.” said the German as reported by Motorsport.

“I feel like the top 10 drivers, maybe 12, they are really high quality and real top-notch drivers. And then the bottom half, the quality is not as high as it used to be. And there is a lot of other factors in there.” he added.

Tell us your opinions on the same.

The post Nico Hulkenberg Brushes Off Any Serious Dangers of Rollovers in F1 After His Infamous Incident appeared first on EssentiallySports. 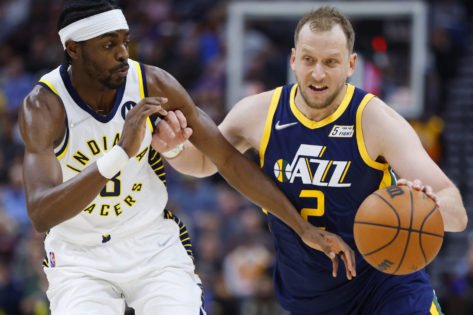 ‘Pushed the Sh*t Out of That Ref’: Twitter Reacts as Utah Jazz Player Shoves Official During Brawl vs Pacers