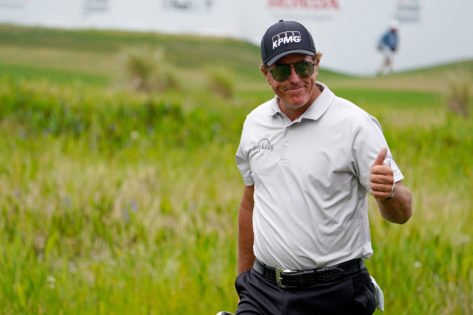 Phil Mickelson is an American golfer who has won 45 PGA Tour events and is a six-time major championship winner. As a result, he is arguably one of the best golfers of all time. The “Lefty” is famous for his hitting but the part of the game which is very strong is his short game.

All the credit goes to his mother Mary Mickelson, who had an interesting game in Phil’s childhood and made a promise to her mother.

May 27, 2021; Fort Worth, Texas, USA; Phil Mickelson on the 14th tee during the first round of the Charles Schwab Challenge golf tournament. Mandatory Credit: Erich Schlegel-USA TODAY Sports

In Phil’s childhood in San Diego, he had a green in his backyard, where he would spend time chipping and his mom would give him a dime every time he made a hole-in-one. In a recent podcast, Phil’s brother and caddie Tim spoke about the backyard green he said, “I didn’t use it nearly as much as my brother. I mean, Phil was out there all the time,” Tim said of the backyard green. “It’s only about — from the very back edge of the tee box to the back edge of the rough behind the green, it might be 35 yards.

He added, “I know there was a time where Phil, if Phil made a hole in one in the backyard, so 15-, 20-yard shot, he would get a dime or a nickel — I forget which. I think it was a dime,” Tim said on the podcast. “But he had told my mom once, I’m going to make enough dimes in this backyard that I’m going to buy you a Mercedes.

Phil Mickelson created history at the 2021 PGA Championship by becoming the oldest major championship winner at the age of 50. He broke the record of Julius Boros, who held the record at the age of 48. Phil finished the tournament with an overall score of six-under-par. He conquered the Ocean Course in Kiawah Island.

Will Phil win another major in 2022? Let us know what you think about his chances this year

The post Phil Mickelson’s Brother Narrates How Lefty Used to Makes Aces for Fun During His Childhood appeared first on EssentiallySports. 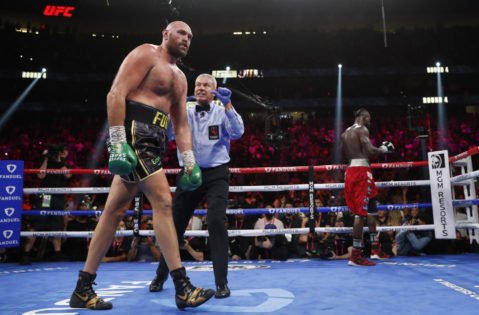 Tyson Fury Feels Retirement Is Next for Deontay Wilder 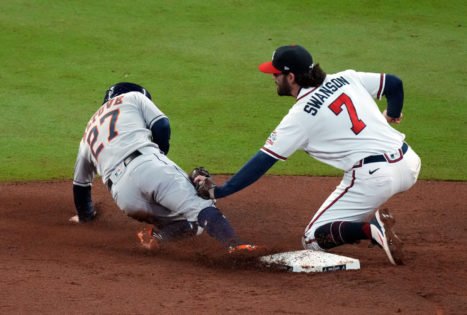 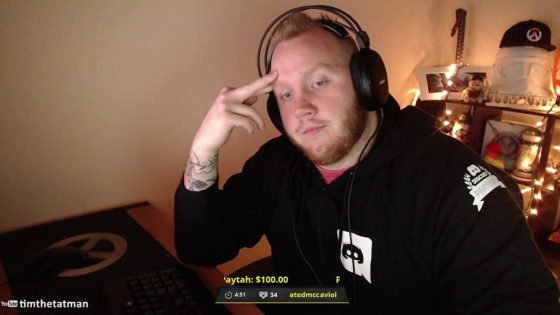