Popular Gaming and community forum ResetEra has been acquired by MOBA Network for $4.5million on 13 October 2021 (Thursday). The forum’s operational and moderating team will be the same as there will be no change after the acquisition. The operation team will “continue to moderate and engage with the community and work with MOBA Networks on future product developments.”

Moba Network is majorly popular for owning multiple fan sites for several large properties, such as Leaguespy.net, and Dotafire.com. About $3.55 million has been paid in cash already and the remaining 1 million will be paid by the end of this year. The primary source of income of ResetEra is through Ad sales as well as subscriptions to remove said ads.

According to the press release that announced this grand acquisition highlighted point that the business made approximately $7000.000 last year (in sales). ResetEra is available to everyone right now. However, it places some major restrictions on new memberships. Currently, it has around 55,000 members.

WATCH THIS STORY: Best RPG Games on PlayStation, Xbox, and PC in 2021

MOBA Network is also trying to get a massive growth in sales by 2023. The company is also planning to introduce new ad formats to up the share of direct ad sales. It is a Swedish company that owns multiple websites and online communities. It also runs a Youtube Network name Union for Gamers. The Youtube network manages over 1,000 creators online.

Bjorn Mannerqvist (CEO of MOBA Networks) welcomed ResetEra to the family and said that he is extremely excited and proud to work with such a popular gaming forum.

Changes in ResetEra after the acquisition

In an FAQ about all the future plans of the forum, Cerium (former general manager of ResertEra) assured fans that nothing major is going to change in the forum. The forum will work as it used to. The rules and staff members are also the same. “It’ll mainly just be someone else keeping the lights on. There will be no imposed changes on the rules or to the staff members. Members do not have to change how they post.” he added. He also highlighted the point that he will be available as a consultant to the team.

What do you think about this acquisition? Also, do you think MOBA Networks is right for ResetEra? Let us know in the comments below.

The post Popular Gaming Forum ResetEra Has Been Sold for a Hefty Price appeared first on EssentiallySports.

What Does The Miami Heat Starting Lineup Look Like for the 2021-22 Season ? 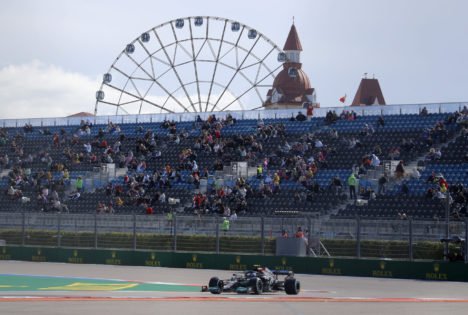