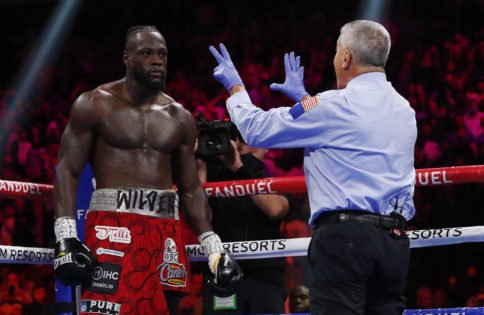 Last Saturday, boxing witnessed one of its biggest ever fights between Deontay Wilder and Tyson Fury. The hard-hitters confronted each other for the third time, and this was a bigger and better slugfest than their first two fights. Fans witnessed a new and improved Deontay Wilder who shook the world with his stupendous performance.

There were many surprises for the fans in this fight. Firstly, Wilder, who was supposed to don a laser costume for this fight, came out with a pretty basic and light outfit. Moreover, he looked a bit off while he was about to touch gloves with Fury.

Recently, Matchroom’s Eddie Hearn spoke to iFL TV about Wilder’s conduct in the fight and more.

He said, ”Wilder looked hypnotized before like in the ring, before the fight. And after two rounds, he couldn’t stand up, three rounds like again. And obviously, he went down after two or three rounds. He started the first round quite good working the body nice, but he looked petrified and exhausted before the fight even had even taken place.”

‘The Bronze Bomber’ began the fight with some slick jabs, and he had enough stamina in the initial rounds. However, he seemed to have used up everything in the start and looked drained in the last few rounds of the fight.

Despite looking out on his feet, he stood strong and had his moments. Unfortunately, this wasn’t enough for him to win as ‘The Gypsy King‘ ended Wilder’s resistance in round 11.

Tyson Fury vs Deontay Wilder 3 – A bout full of energy, enthusiasm, and entertainment

Fury was expected to win this trilogy hassle-free, but Wilder had some other plans. ‘The Bronze Bomber’ pressed Fury and scored two knockdowns in round 4.

Despite hitting the canvas twice, ‘The Gypsy King’ had the last laugh as he struck Wilder with a massive right hook in round 11.

Regardless of the outcome, both sets of fans will agree that this contest proved to be an entertainer. Furthermore, fans who bought the PPV would never regret it.

What do you draw off Hearn’s comments on Wilder? Did you think Wilder was hypnotized? 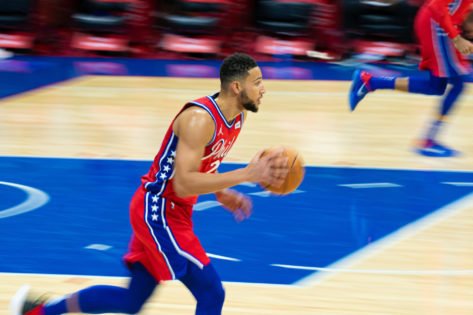 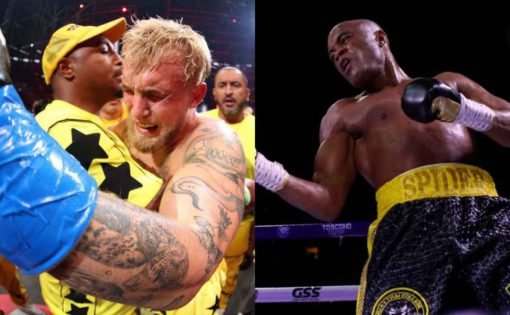