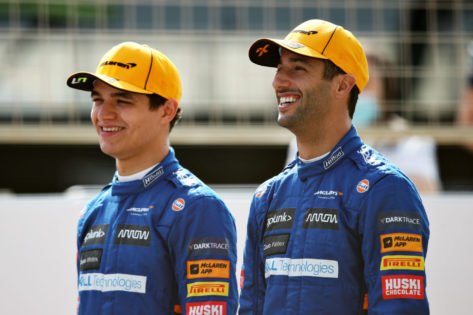 McLaren is back with their sought-after driver videos, recently uploading the ‘Mr. & Mrs. Challenge’. Daniel Ricciardo and Lando Norris pointed fingers over questions like who has the better music taste or who is more likely to get arrested. Andreas Seidl could answer frankly the question to which both drivers had no answer; “Who complains more over the radio?”

Daniel laughed and put up Norris’ face, while Norris was in disbelief. Lando asked, “Is that true? Andreas?” The team principal pointed at Norris, who was stunned at the answer.

Ricciardo rubs salt on Norris’ wound as he wrapped up the question, saying, “I never complain, I just get along with it.”

The answer Siedl gave wasn’t wrong. Lando is quick to say his piece on the airwaves. More recently, the Brit complained about the car that took him to the podium at Monaco. “I’ve been struggling, man. The car is awful.”

Norris also had a lot to say at the French GP, but this time about his teammate. While it was a strong race for Daniel Ricciardo, Norris wasn’t too happy with the Aussie’s defense. Having gone a bit off the track, Norris’ radio sounded like, ‘He’s pushing me wide, not giving me enough space.’ The race went well in the end, with both drivers bringing in points for the team in fifth and sixth.

Read more: Do F1 Drivers Earn a Bonus for Winning a Race?

Even Race Director Michael Masi put aside Lando’s radio rants after they penalized him in Azerbaijan. Norris was given a grid penalty and three penalty points on his super license. Norris thought he did nothing wrong. Consequentially, he ranted about it on his radio. Turns out, Norris can be quite the grouch on the team radio.

Daniel Ricciardo and Lando Norris are very secure with their fan following. On answering the question: “Who’ll feature more on F1: Drive to Survive?” Ricciardo states, “I feel we’re both show favorites.” Lando agrees to say that this year, they have been the favorites.

The papaya family. Shout-out to the best fans in F1. #FansLikeNoOther pic.twitter.com/6s3Ra1Qjp0

The Netflix show has definitely brought a large influx of fans into the sport, but more importantly, the drivers. Additionally, McLaren’s digital content, through such videos and the Unboxed videos, gives the Papaya fans a window into the lives of their favorite drivers. Hence, it’s no doubt that with the current line-up and their individual fan following, McLaren has been one of the fan favorites this season.

The post Seidl Settles the Debate on Which McLaren F1 Driver Grumbles the Most – Norris or Ricciardo appeared first on EssentiallySports.

Kyle Larson to Stay at Hendrick Motorsports Until at Least 2023 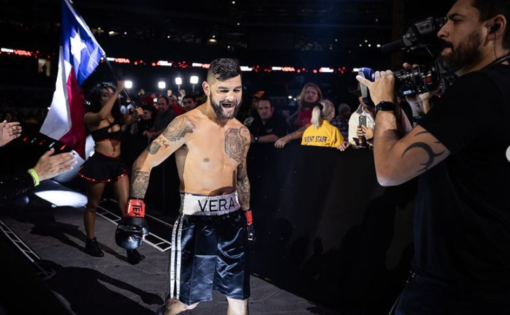 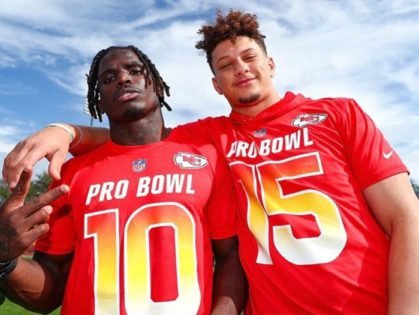