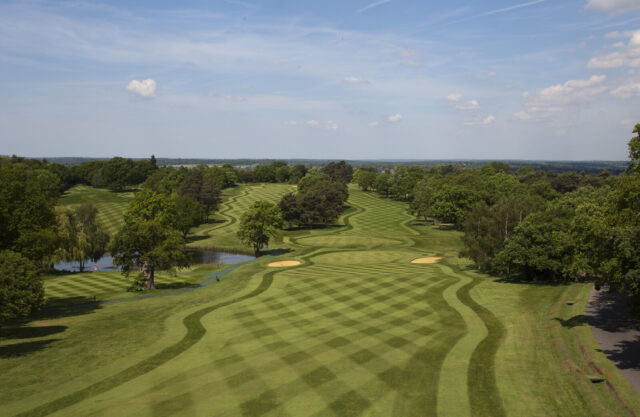 The High Course at Moor Park Golf Club once again provided a fitting stage for some high quality golf as hopefuls gathered at the prestigious Hertfordshire venue to take part in Regional Qualifying for the 150th Open.

Known for its undulating greens and well-placed bunkers, the High Course proved a tough test for the field of players hoping to progress through to Final Qualifying and a shot at playing in the Open at St Andrews next month. And with only 10 players qualifying from each venue, competition was fierce.

With the club’s proximity to London and Heathrow making it the ideal venue for international players looking trying to qualify of The Open, it was perhaps no surprise to see an American take advantage, with North Carolina’s Erik Flores being among the early starters to post impressive scores, with the US professional firing a five-under-par 67, which included three birdies in a row from the 14th, to take the early clubhouse lead.

But it was local man Tom Shadbolt, who is attached to Brocket Hall, who won the day, with the 34-year-old firing a seven-under 65, which included no bogeys, to earn his spot in Final Qualifying.

The low scores were no doubt helped by the quality of the High Course’s greens, which many players said were the best they had played on all year.

Moor Park CEO Amy Yeates said: “Moor Park has a long history of hosting prestigious events and we are thrilled to continue that history. Moor Park has hosted various European Tour events, the Women’s British Open and many exhibition matches with players such as Walter Hagan, Alf Perry and Henry Cotton. It was a great honour to welcome some of the country’s finest golfers to the club once more.”

Moor Park, which is hosting Regional Qualifying for the next four years, is about to install new irrigation system which will not only include fairway watering, but will also improve water efficiency and sustainability. This builds on prior investment in the golf facilities at the club, which include a complete bunker refurbishment programme and the opening of a world class short-game facility.

Final Qualifying takes place on June 28 at Fairmont St Andrews, Hollinwell, Prince’s and St Annes Old Links, where a total of 142 players will compete for 16 places – four at each venue – in the field for the 150th Open Championship, which is being held at St Andrews from July 14-17.

Ritchie on a roll in Challenge Tour’s South Africa swing

How Do Online Casino Providers Keep Their Platforms Safe and Secure?

Horschel states his case at BMW