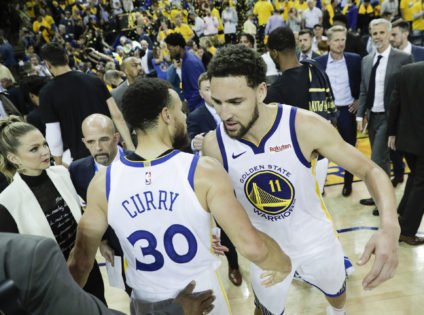 The Golden State Warriors are in a great place right now. They took their revenge on the Phoenix Suns in their last game and good news is coming towards them. The return of Klay Thompson is the major highlight, and no news could be better for them.

Before his game against the Spurs, Stephen Curry spoke about his fellow splash brother.

Klay went down in Game 6 of the NBA finals in 2019. While he was close to recovering from his knee injury, he suffered an ACL injury during training. This is why the sharpshooter has been out for 2 whole seasons. Now, with his return on the horizon, the Warriors are not rushing anything.

In fact, they want to ensure his smooth transition back to the court.

Golden State Warriors’ Stephen Curry and Klay Thompson celebrate after a Curry score in the third quarter during Game 7 of the NBA Finals at Oracle Arena on Sunday, June 19, 2016 in Oakland, Calif. (Photo by Michael Macor/San Francisco Chronicle via Getty Images)

Klay Thompson has been taking part in scrimmages and playing really well. His teammate Stephen Curry spoke about Thompson’s performance in these practice sessions.

Thompson has been staying in Santa Cruz and taking part in scrimmages to get back in the game. Recently, coach Steve Kerr said that it is only a matter of weeks before Klay returns to the NBA floor. He has looked really smooth in these sessions and there are other major positives as well.

Likewise, Curry is looking over these practice games and he commented on his scrimmage highlights.

Curry said: “Thank god he still remembers how to shoot the ball. Got some change you know. Seems like he’s got a good pep in the step and good energy out there just his body movement and all that. It is hard to get a fell for like the speed and intensity, we all watched in all film. They showed a highlight package of I think the second scrimmage they had down in Santa Cruz. Looked he was just out there confident, having fun knocking them down.”

He also mentioned that Thompson is committed to the process and is slowly starting to feel more confident with every session.

The NBA has some serious preparations to do with the return of one of the most deathly back courts. The splash brother reeked havoc when they were on the floor together. Now, with a good team around, Klay can ease into his transition without stressing on his performance.

The Warriors are ready to go all out this year and Klay has the championship in mind. Do you think the Bay will lift the trophy this season? Let us know in the comments below.

The post Stephen Curry on Klay Thompson: Thank God He Still Remembers How to Shoot the Ball appeared first on EssentiallySports. 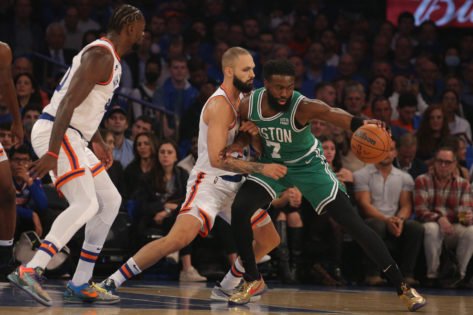 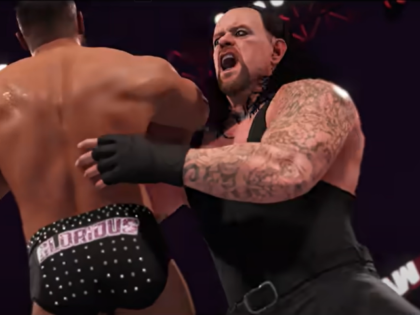 How Many Versions of The Undertaker Are Playable in WWE 2K22? 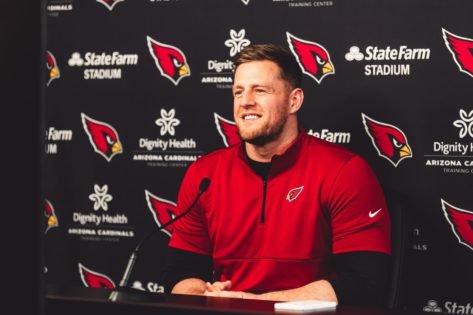