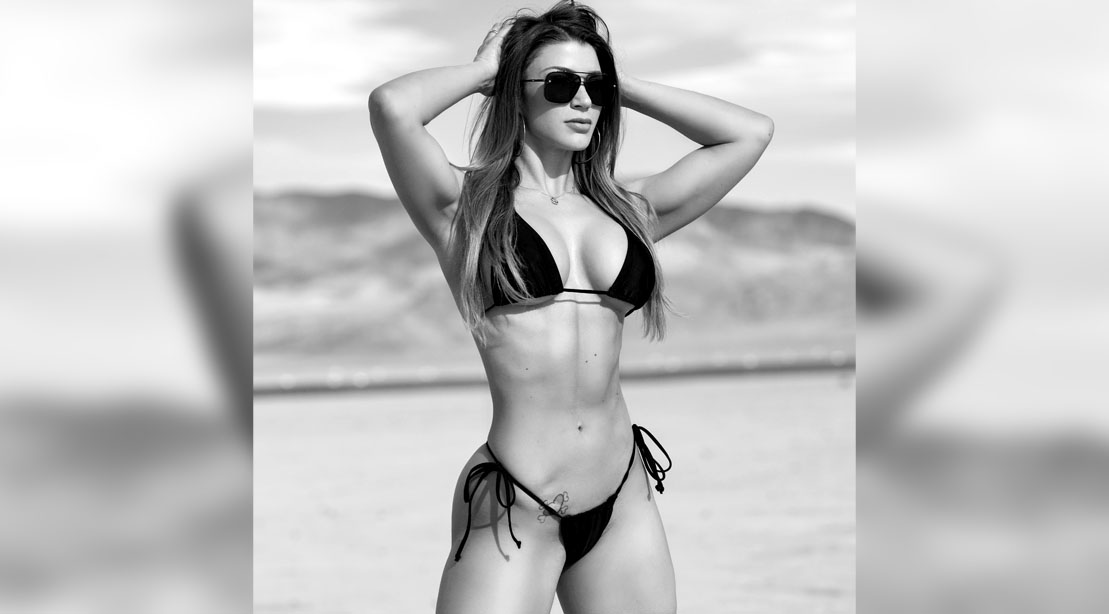 There are certain occupations that automatically generate respect from others — U.S. Marine is one of those. One of those titles for Americans is “Marine”. That is why USMC veteran Taylor Spadaccino became emotional when she became one of the few and the proud.

“I remember crying. I had a puddle at my feet, and I was trying to hold myself together, right? I just became a f***ing Marine, right,” the Philly native said proudly. “Meanwhile, I’m looking down and I see there are puddles in front of everyone. It was so emotional. It was very emotional.”

Her grandfather and her brothers were all involved in World War II, but Spadaccino had her own reason to commit to serving her country.

Spadaccino went on to serve in the Marines for four years, working up to a rank of E4/Corporal. She received numerous honors during her tour, including the Global War on Terrorism Service Medal, National Defense Service Medal, and the Sharpshooter Rifle Badge. The acclaim she cherishes the most is the Certificate of Commendation that was bestowed to her while deployed at Bagram Airbase in Afghanistan. She played key role in rebuilding an Afghan camp after it suffered what was at that time the worst attack by the Taliban.

“That was a very cool moment,” she says. “My grandmother has the actual certificate hanging in her living room. She cried when I gave it to her. That may be the coolest thing I have to date. It’s super cool to receive that as a female as well, I have to say. It’s incredible.”

She is appreciative of the honors and accolades, but she admits her service runs much deeper than medals.

“The greatest things I was taught, or gifts I was given, was discipline and respect, not only for myself but for others as well.”

Growing up, Spadaccino was into all types of sports, trying softball, lacrosse, gymnastics, even golf, until developing a quick passion for soccer, which she played until her sophomore year in high school. Sports helped spark her other personal passion today: fitness. She discovered she had a liking for hitting the weights and taking care of her body while she was on deployment. It’s been a big part of her life since.

“There’s nothing to do but smoke cigarettes, so I decided I had to do something. I regularly did PT before, of course, but I was never into the gym. I did it because I had to,” she admitted. “My job was on the computer doing nerd work or calculator work. If I ever had free time, I was on sites like Muscle & Fitness or whatever it was looking up workouts from bikini competitors and I was like, ‘Whoa, I want to look like them.’”

After she started training, she decided to compete because the thought of having a purpose excited her. Once her competitive fire was lit, she went all in. It took some time to find the right division for her.

“I started in Bikini, and I know for me, I like to train harder. I want to get bigger; I want more of the hardcore training. So, I did decide to go to Figure.”

At the time, the move was the right one because she went on to earn her IFBB Pro League card at the 2016 NPC Junior Nationals. Her last pro contest was the 2017 Europa Orlando, where she placed 12th. She hasn’t been on the stage since, but she hasn’t ruled out the possibility of her competing again in the future. She may even take on a new challenge in a new division.

“If I do compete again, I would like to try Wellness. We’ll see, though. Never say never.”

While her competitive future is uncertain, what is certain about is helping others. She continues to inspire and motivate her 750,000 followers on Instagram and enjoys answering questions from anyone interested in improving their health and fitness.

“The best is when I have a woman reach out and ask for advice, even if it’s about something like quads. I get a lot of leg questions, diet, cardio routines, even with things like implant sizes. That sounds ridiculous, but if I can do anything to help someone, it feels great,” Spadaccino stated. “It’s nice to know that I can be a source of not only motivation but knowledge from experience. It just feels good to share it. When I was reaching out to these people I was looking up to and they got back to me, it was so cool, so it’s great to be a light for others now.”

The major’s full-time Army career will help him be his best on the Olympia stage. 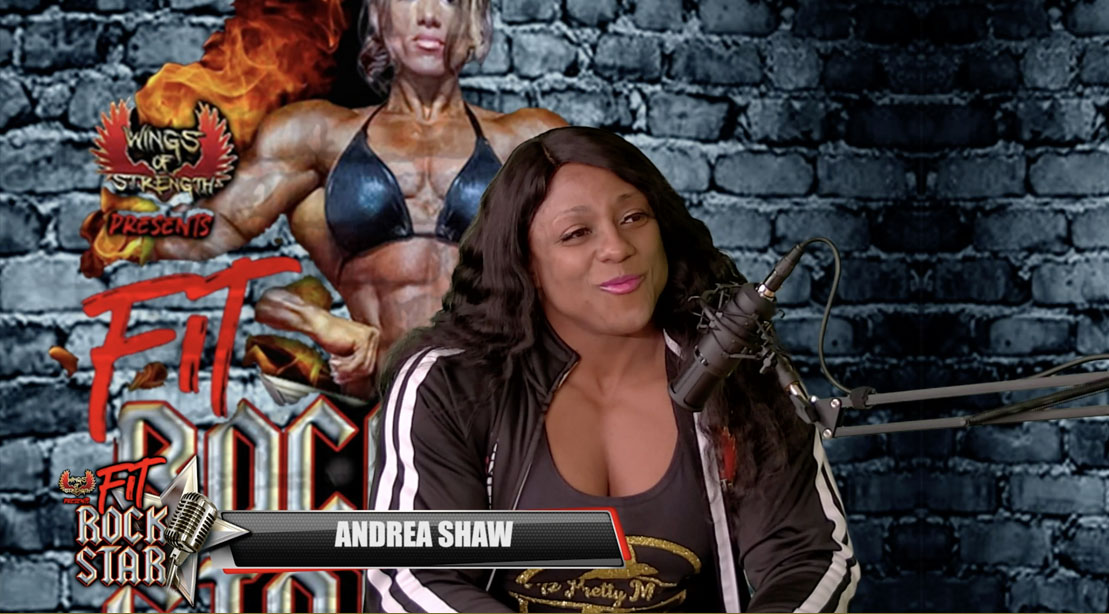 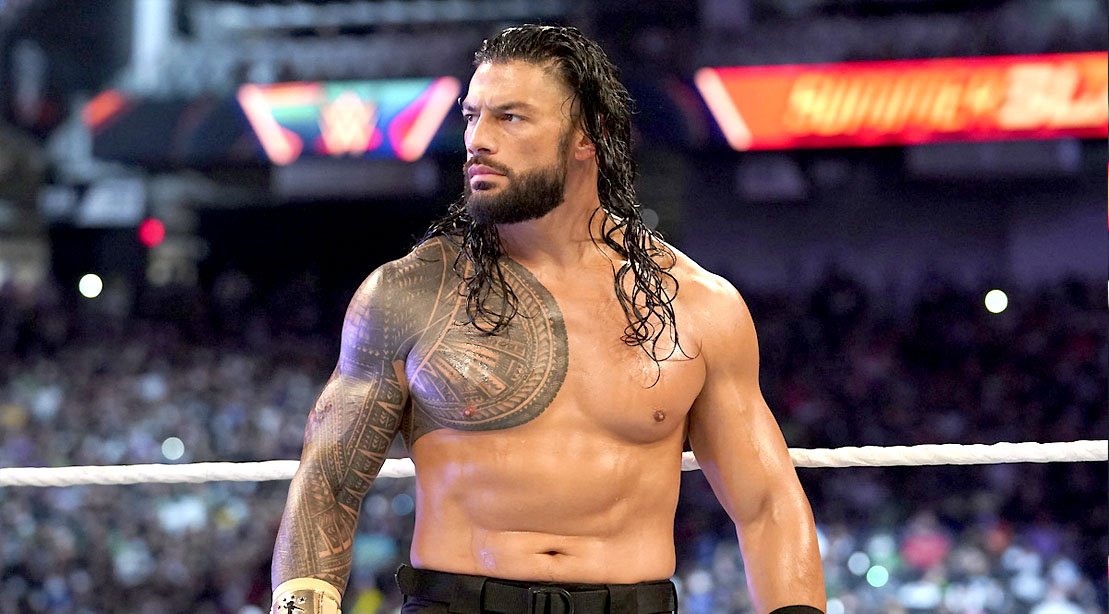 As WWE’s ‘Tribal Chief,’ Roman Reigns Still Dominates Both the Ring and Gym 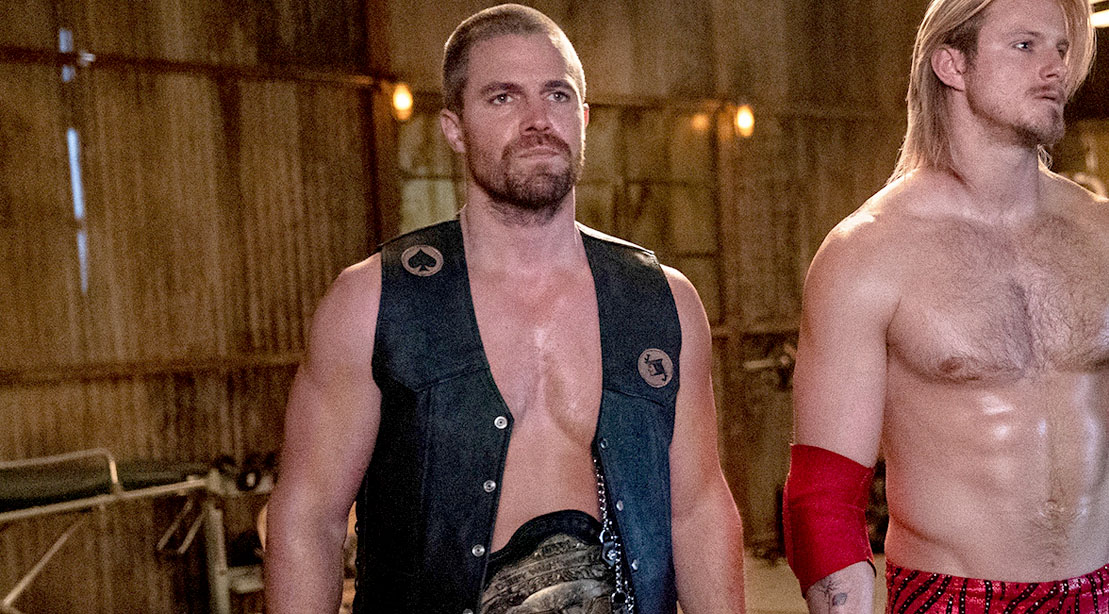 Becoming a ‘Heel’ Required Actor Stephen Amell to Get Himself Shredded