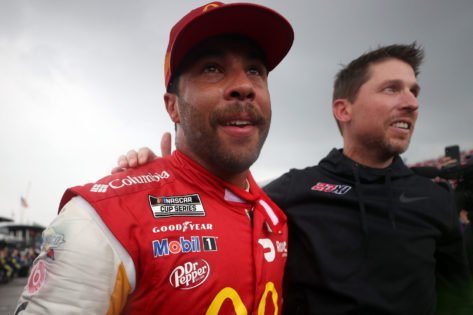 The Chili Bowl Nationals is currently underway and a few NASCAR drivers are competing in it. However, Bubba Wallace is not one of them. Instead, he is content with sitting at home and watching the biggest Midget event. It is worth mentioning that he also got a bit of entertainment aside from the Chili Bowl. To be precise, he had a good laugh at his girlfriend Amanda Carter, and his dog, Asher.

As it turns out, Amanda was a bit preoccupied with a VR game. So she wasn’t quite fully aware of her surroundings. Needless to say, Wallace was quite amused and could be heard chortling away. The scene became a whole lot funnier when her movements startled Asher. Luckily, the dog was able to move out of the way before she could accidentally step on him.

Several fans also found the sequence funny. Most of it largely stemmed from Asher’s startled reactions. Others also expressed their concern about the dog’s safety, especially with Carter moving around, practically blind. Some even commented that, had they been in Carter’s shoes, their own pets may have been injured.

I’ve watched this multiple times for Asher being like “WTF”

Yep, she fits right in pic.twitter.com/o6EyKAoAFe

On a more serious note, Wallace may not be able to relax for much longer. This is because the 2022 NASCAR Cup Series season is rapidly approaching. A large majority of the drivers, including Bubba Wallace, have already tested the Next Gen cars as much as they can. Next month at the LA Coliseum, is the acid test to see how well the new cars perform in racing situations.

Later on, the 2022 Cup season begins in earnest at the Daytona International Speedway. From there, everything will progress and it will be business as usual. The big question now is, how will Bubba Wallace, new teammate Kurt Busch and the 23XI Racing team perform? 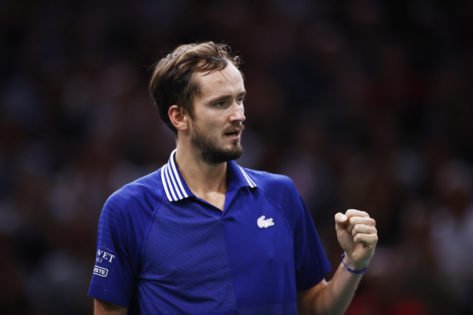 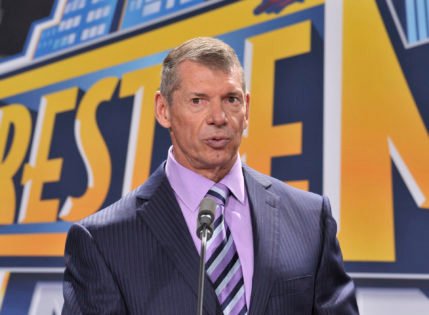