This course certainly stands out above the rest because of its history. Which golf lover hasn’t heard of St. Andrews. Located in Scotland, the course is considered the oldest in the world. How could it not be included on the lists of top locations when it is an ancestor of them all? It’s the most iconic course, known among the best and famous golf players. It hosted the Open Championship, not once but nearly 30 times since its beginning. Golf players have been using the fields as a course since the 15th century. This is quite a history! If you plan on playing on the Old Course, you better read about proper preparations before your round to play golf there.

Located in New Jersey, Pine Valley Golf Course appears on various top lists for years now. It might seem a bit surprising as the venue does not organize big tournaments and only sometimes hosts minor events. So where is the hidden secret of this course? Well, in its location and layout. It was created with a real architectural masterpiece. The name, Pine Valley, refers to the pine trees framing the courses. What intrigues the golf players the most is, however, the structure of the place where even a single hole might be a challenge for a skillful golf player.

Another course, admired mainly for its location, is Cypress Point. It’s in California, and the breathtaking views are what draw golf players from all around the county. Generally, the place is a club offering its members access to a well-created field with more or less difficult holes. Every one of them, however, ensures a pleasant surrounding, with the sound of the ocean in the background. Simply due to its heavenly setting, Cypress Point occupies high places on various top lists. If you are interested, you can always check on the membership details of this golf club.

Shinnecock Hills golf course deserves its place on the list mostly because of its history. It was one of the five founding club members of the USGA (United States Golf Association). The club hosted a number of events and tournaments. Shinnecock Hills is considered a gem among the links style golf courses in the area of New York and New Jersey.

Located in Northern Ireland, Royal County Down golf course has hosted some major events and tournaments, so it definitely has something to be proud of. The ninth and the fourth holes are considered in the top 10 of the world. If that is not an encouragement, maybe a marvelous setting will inspire golf players to visit this place.

These are only five of the most popular golf courses in the world, but there are hundreds of them, and picking the top 100 is not a problem. They are all widely known and appreciated for various reasons, some because of the layout, some due to their location. Many of them are training courses for the best players. Golf is a great sport, both for those who play and those who watch it, not only due to the sport itself but also because of the golf courses the tournaments take place at. After all, they too are a sight to behold.

Training at one of such courses surely brings the golf players to being victorious. Among other aspects and factors, it brings out a champion in a player. Don’t forget that if you know which one is a front-runner, you can read a guide to betting on sites like Asiabet and have a safer betting online experience to make some money.

If you have a possibility to visit and play at one of the most popular golf courses, including those mentioned above, don’t hesitate and face the holes on at least some of them.

The post The best golf courses in the world appeared first on Golf News. 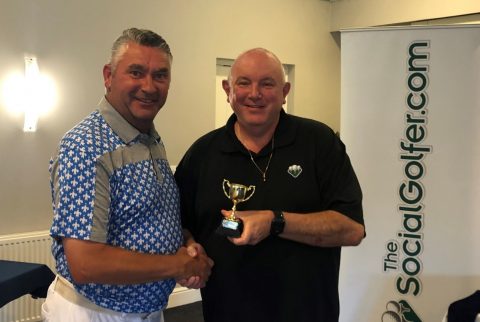