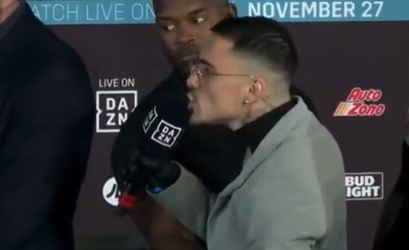 This Saturday, one of the best lightweight boxers of all time, Teofimo Lopez, will storm into the boxing ring for his first world title defense. He will take on the fellow undefeated star, George Kambosos Jr. at the Madison Square Garden in New York. The fight between these two got rescheduled several times, but now it seems that this bout will finally materialize.

Both the fighters recently took part in their pre-fight press conference. Here, Lopez and Kambosos Jr. engaged in a fiery verbal spat and took wild verbal digs at each other.

In their exchange of words, Lopez said, “My eyes don’t f**kin lie.”

Later, Kambosos Jr. asserted, “These belts are your curse”

The rivalry between the two fighters began ever since they locked horns in their first faceoff. Also, both Lopez and Kambosos Jr.’s teams got into a heated scuffle yesterday. With this fight inching closer, the rift between the two boxers only seems to be increasing.

Kambosos Jr., who is an underdog in this fight, has the biggest opportunity in hand to dethrone Lopez and bag his WBA, WBO, and IBF lightweight titles. However, it won’t be so easy for the Australian boxing star to vanquish ‘The Takeover’, who is in supreme confidence after beating Vasyl Lomachenko.

A fight between these two is vital for the lightweight division because Lopez hasn’t defended his titles even once after winning them. That said, there are many more fighters who are waiting for the outcome of Lopez vs Kambosos Jr.’s bout.

Teofimo Lopez vs George Kambosos Jr. – What to expect?

Lopez and Kambosos Jr. are both aggressive fighters. Moreover, a fight between these two may not go the distance as the duo has promised a knockout finish already.

That said, fans are in for a treat if these two decide to live up to their promise.

It will be interesting to see who among the two scores the first knockdown, and eventually gets his hand raised on the fight night.

The post ‘These Belts Are Your Curse’: George Kambosos Jr. Drops a Bombshell on Teofimo Lopez appeared first on EssentiallySports. 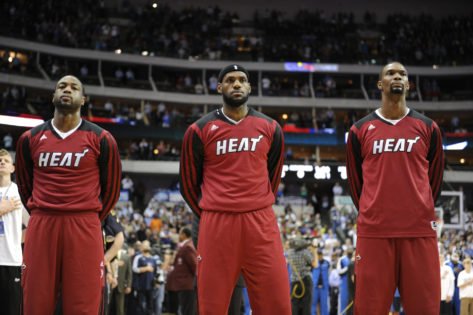 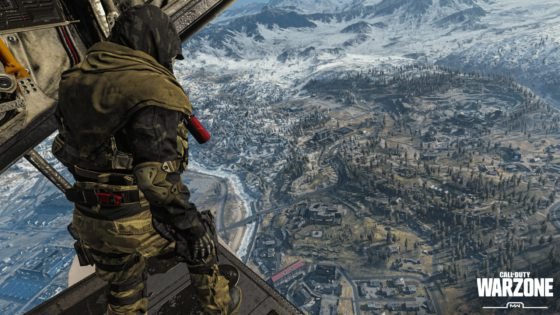 History of the Various Call of Duty Warzone Maps