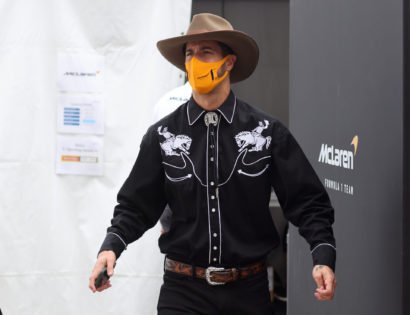 Who wouldn’t agree to the fact that Daniel Ricciardo and the United States Grand Prix deliver the best combination in Formula 1? The Australian has certainly entered the paddock at Circuit of The Americas with a task in hand – Adapting to the country as an American by changing pretty much everything, including his accent.

And Ricciardo has certainly lived up to the expectations. The McLaren driver took part in a pre-race weekend interview with Lawrence Barretto, and the entire exchange witnessed Ricciardo use the American accent, and we must say, considering his origin being Australia, he has almost nailed the accent.

And on top of that, Ricciardo even sported an interesting costume on Thursday which resembled quite like a cowboy, blending into the culture of Texas. Along with the outfit, Ricciardo had a makeover of his beard, pulling off a wholesome American look.

Of course, the fans deserve this, after having missed out on F1 action for almost 2 years. Not only did Austin back out of the 2020 calendar but also other neighbouring countries, including, Brazil, Canada, and Mexico.

Daniel Ricciardo confident of being a ‘force’ at COTA

Ricciardo, using the American accent, affirmed that McLaren could be quite strong around Circuit of The Americas over the upcoming US GP weekend.

“I think we can be a hell of a force because, in 2019, those Papaya cars gave me a real headache in the race. I saw both of them in my mirrors for a lot of the time. And I do believe their car is a set or two steps better than it was 24 months ago,” Ricciardo said.

“So, now I’m in that Papaya car, the McLaren as we know it. And I feel joy in my heart to be able to drive it at force around the COTA circuit.”

Overall, McLaren certainly are a team to watch out for over the upcoming race weekend. But, as always, they aren’t alone, as Ferrari, too, are going to give it a go against the British outfit amidst their ongoing constructor’s battle for P3.

So, which one of the teams are going to finish ahead by the end of this weekend? McLaren or Ferrari? What do you think? 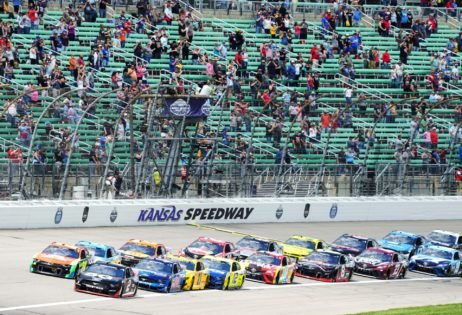