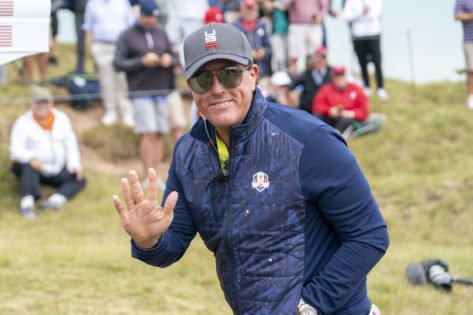 Phil Mickelson has upgraded to the champions tour, and his time has there been nothing short of exciting. Of his four appearances, he has a staggering three titles to his name. This week, however, after a disappointing end in Virginia, he gave us a delightful hole-in-one action at a KPMG event.

The Dominion Energy Charity Classic was held in the Country Club of Virginia from October 22 to 24. Bernhard Langer, at the same event, scripted history as he became the oldest man to win a title on the champions tour.

Phil Mickelson, on the other hand, finished T-47 on the leaderboard. However, he did not play poorly during the course of the three days. In fact, he only messed up two holes.

The par-5 9th hole at the Country Club the 51-year-old really gave a hard time. On Saturday, he drove his first two shots out of bounds. Playing his fifth shot from the tee itself, he finished the hole with a score of 9-under. This led the veteran to play 2-over par, which successfully pushed him down on the leaderboard.

The 547-yard hole that was birdied by Mickelson on Friday gave him trouble on the last day, yet again. Undoubtedly, he approached it with the aim of compensating for the previous experience. However, co-incidentally, he again finished the hole with a disappointing quadruple bogey.

But he didn’t let this defeat crush him. In the true spirit of sportsmanship, he came back a week later and entertained us with a satisfying shot.

Mickelson headed to Houston for an event with his long-time sponsor, KPMG. At this corporate game, he not only revived himself but also put up the best show he possibly could – with a hole-in-one!

Flew to Houston for @KPMGGolf event and this just happened. Couple of 9’s this weekend and a “one” today
Whatever pic.twitter.com/Ae6yHNtnT6

Afterwards, Mickelson tweeted with an air of nonchalance, “Flew to Houston for @KPMGGolf event and this just happened. Couple of 9’s this weekend and a “one” today. Whatever.”

He put behind his double 9’s straight towards an ace. Definitely something only the legend himself can do. 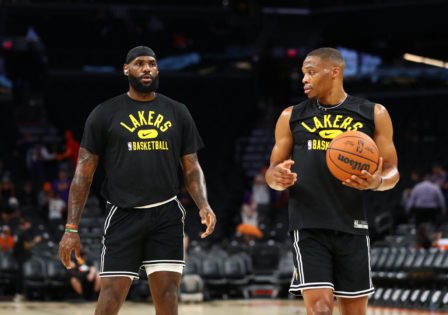