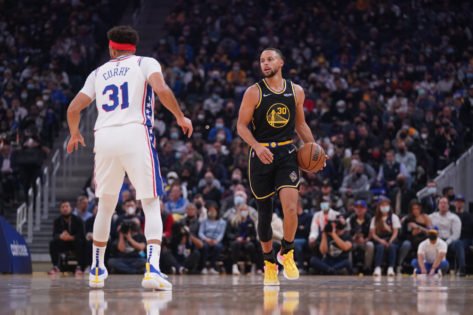 As their six-game road trip comes to an interesting end, the Philadelphia 76ers might lose to the Golden State Warriors. The Warriors have the best record in the league right now at 15-2 and are looking to extend their winning streak to five after triumphing over Philly. At first, the 76ers were giving them a hard time. But Stephen Curry, as usual, took it upon himself to help them rally back. And he did it by dancing his way through.

The Warriors superstar does it again!

The Warriors have been playing without two stars on their roster, Klay Thompson and James Wiseman. While most thought that this will only bring them down further, the Dubs’ bench thrived when they were given more responsibility than usual. And choosing Jordan Poole to step up in Klay’s absence was the best decision that they could have made.

They started the season on the right foot and haven’t derailed since. Of course, facing the Philadelphia 76ers was tougher than what they had assumed. Philly has had quite a hectic season with all the Ben Simmons drama, along with the injury troubles. But Tyrese Maxey has really given them the much-needed boost during this difficult time, and it wasn’t any different when playing against the Dubs.

The Sixers had quite a lead for the most part of the game, making the Warriors look like the obvious losers. But Curry’s specialty lies in coming up big in the second half and he’s doing exactly that. What was even more entertaining was, as he drained a three over them, he danced to celebrate and continued to win hearts.

WATCH THIS STORY: Who Are The Popular Names for This Seasons’s MVP Race? Kevin Durant, Jimmy Butler & More

Stephen Curry has a history of getting groovy

The Golden State Warriors superstar isn’t a stranger to showing off his moves when he makes it from the arc. Remember when he played the Dallas Mavericks and made that logo shot in the third quarter? Probably not, because he does that all the time. But what you would remember is him doing the shoulder dance even before the shot went in.

Curry doesn’t doubt himself a bit, and the shimmy has actually become one of his trademark moves after a great shot. Watching him have fun with the game really gives fans more and more reasons to watch him play. And winning this game against the 76ers will just be the icing on the cake.

READ MORE: Shaquille O’Neal on Why Stephen Curry Is His Favorite NBA Player: ‘The More I Hate on Him, the More He Shuts Me Up’ 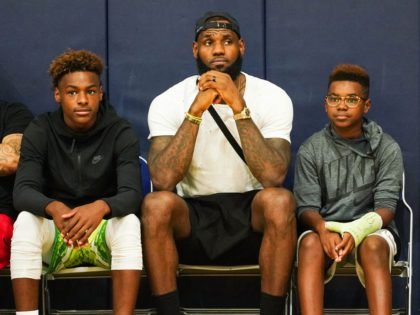 WATCH: LeBron James Has a Proud Dad Moment as Sons Bronny and Bryce Ball Out for Sierra Canyon 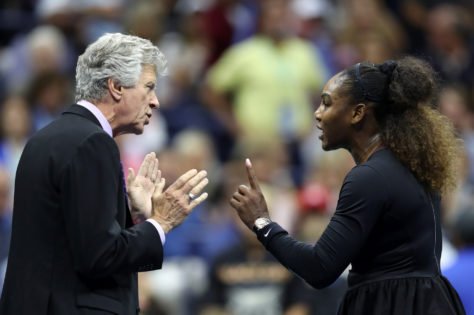