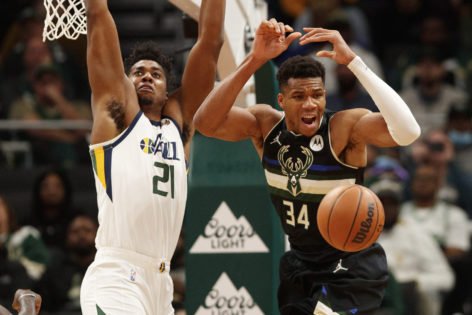 The former number 1 seeds of the Western Conference from last season, Utah Jazz have handed a tough loss to the reigning champions, Milwaukee Bucks. In that process, Eric Paschall created a lifelong memory for himself. In crunch time, he dropped a hammer dunk on the Greek Freak Giannis Antetokounmpo. This dunk solidified a strong lead for the Utah Jazz with around 7 minutes left in the fourth quarter.

It was unusual to see Giannis on the receiving end of such a hammer. Since fans are mostly used to seeing him on the delivering end of such dunks. As Utah Jazz won the game, it was arguably this dunk that was the morale crusher for the Bucks. Fans could not believe that the reigning Finals MVP could get posterized like this. Here’s a look at the highlight dunk from the game.

What does this mean for Giannis Antetokounmpo and the Bucks?

The Milwaukee Bucks went down 3-4 after losing three straight games. Simultaneously, the Utah Jazz pushed their record up to a 5-1 after a strong start to the season. While the Milwaukee Bucks played without Khris Middleton and Jrue Holiday in this game, Jazz was in full strength. They saw an impressive offensive performance from Donovan Mitchell and Mike Conley.

For the Bucks, they need to recuperate and avoid this three-game streak from extending. Giannis was primarily responsible for running the team on the floor tonight. Hence for Coach Budenholzer, this game might have been an experiment on letting Giannis run everything from the offensive to the defensive end.

Watch This Story: Anthony Davis, Zach LaVine, and Other NBA Players Who Have Donned Kobe Bryants Sneakers in the 2021-22 NBA Season

Khris Middleton missed this game because of a non-COVID-related illness. He will most probably be back on Tuesday in time for their game against Detroit.

Jrue Holiday’s injury-plagued start to the season continues as he missed yet another game due to his ankle injury. He has not played most of the games so far for the Bucks and his future continues to remain uncertain.

The post WATCH: The Bully Gets Bullied as Jazz Forward Eric Paschall Destroys Giannis Antetokounmpo With a Poster appeared first on EssentiallySports. 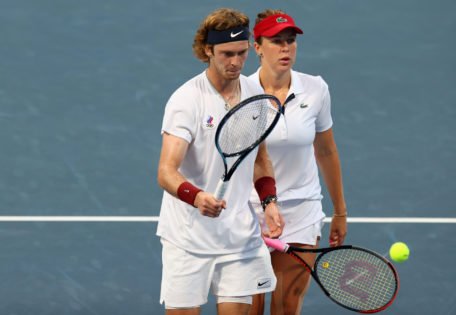 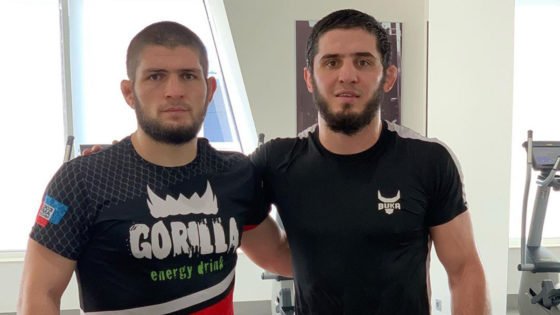 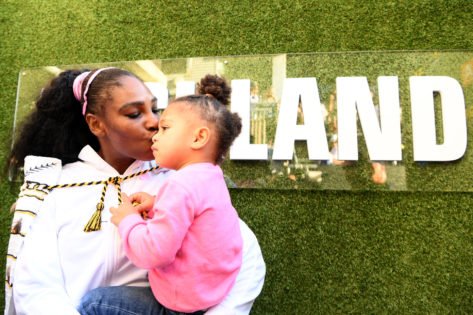