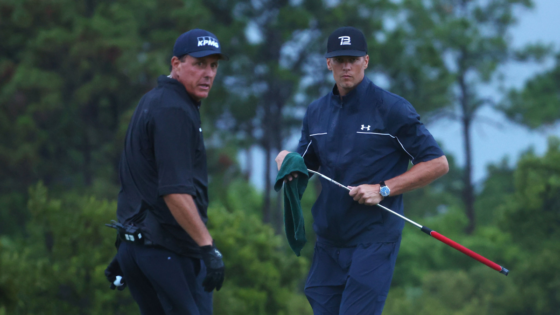 Tom Brady plays in the NFL, but he is as much interested in golf. Brady loves the sport and has massively improved his golf game over the years. Talking about the golf world, The Match 5: Brooks Koepka vs Bryson DeChambeau is right around the corner, and Brady is involved in it too – not on the golf course, but off of it.

44-year-old Brady has played more than two decades in the NFL and has nothing more to achieve. The winningest player in the league has also prior experience playing in ‘The Match,’ a golf event that is frequently held to test the competitive juices of cross-sport athletes, and also to benefit charity.

The Match 5 is all set to take place a day after Thanksgiving at the Wynn Golf Club in Las Vegas. Both Brooks Koepka and Bryson DeChambeau are ready to go head-to-head in what will be a 12-hole event.

A major surprise came calling when Phil Mickelson was roped in as a commentator/analyst for this event. Mickelson has his fair share of experience in this event and has a 2-2 record having played in all four editions.

More recently, it came to light that Tom Brady will work as an executive producer of The Match 5. Brady and Mickelson recently appeared on an episode of ‘Inside the NBA’ and discussed with Ernie Johnson the excitement and the excellence of the event.

Mickelson considers that Brady owns the best shot in the history of the match, and is delighted to collaborate with him for yet another time.

Read More – What Is Tiger Woods’ Highest Score on a Hole?

What is Brady’s record in the event?

Tom Brady has made a couple of appearances for The Match but has unfortunately lost on both occasions. The NFL icon teamed up with Phil Mickelson during both his appearances and came short. Once against Tiger Woods and Peyton Manning, and most recently against Bryson DeChambeau and Packers’ Aaron Rodgers.

Nonetheless, Tom Brady continues to express his involvement whenever an edition of The Match comes along. An executive producer has more work behind the scenes, and this is indeed a unique role that the seven-time Super Bowl champ has taken up this time around.

Read More – Sphero Robotic Golf Ball: All You Need to Know About the App-Enabled Working Mechanism

The post What Role is Tom Brady Playing in The Match 5: Brooks Koepka vs Bryson DeChambeau? appeared first on EssentiallySports. 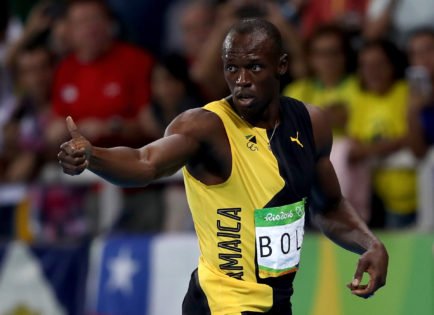 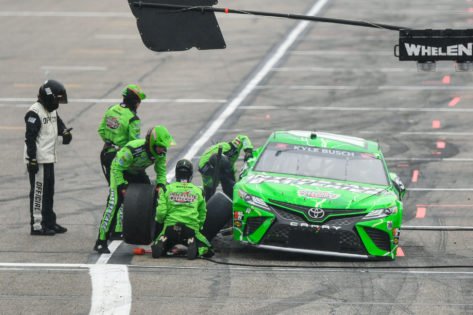 THROWBACK: Kyle Busch Makes his NASCAR Debut at the Age of 16