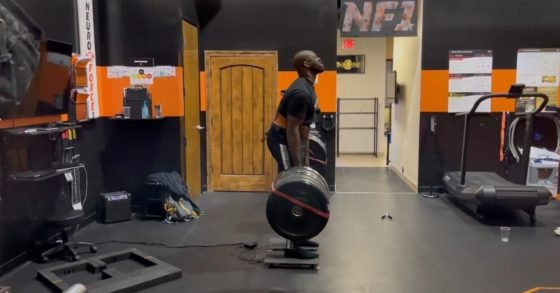 UFC has seen many iconic fighters grace the octagon and leave behind a fantastic legacy. These fighters carry a special prestige, mainly because of their insane resume and unbeaten streak. Names like Jon Jones, Khabib Nurmagomedov, Georges St Pierre, and more, spring to the mind as the most dominant champions and fighters.

Among the trio, only Jones is still competing at the highest level and hasn’t lost a fight (the one loss was a debatable disqualification). His unbeaten streak stretches across different eras over the past 2 decades. Apart from all the trouble he has faced outside the octagon, his domination in the light-heavyweight division is unrivaled.

Jon Jones is ready for the biggest challenge of his career

The UFC star has been preparing for a couple of years to put on the right amount of weight and muscle to take on foes in the biggest division of the promotion. In a recent Twitter post, he showcased an impressive feat of strength, which suggests that he is in great shape. Jon Jones wrote, “Had a long day of MMA training, a belly full of steak, still was able to put up some fun numbers tonight.”

Had a long day of MMA training, a belly full of steak, still was able to put up some fun numbers tonight. pic.twitter.com/Qs60t72BwL

Jon Jones has been teasing a move to heavyweight since forever. It seems like 2022 will finally be the year for ‘Bones’ to kick-start his journey towards the heavyweight gold.

Watch this story: Most Epic UFC Knockouts of November 2021

Throughout his career, he hadn’t earned a reputation as a knockout artist. Will that change as the 34-year-old fighter prepares for his heavyweight debut?

Fans are still waiting for the day Jones makes his highly anticipated debut in the heavyweight division. There are a lot of fun and exciting match-ups that can be made. The former light-heavyweight champion can go head-to-head against Stipe Miocic in his debut in the new division. The fight between the two titans of the sport would definitely serve as the perfect welcome to the division.

Also Read: “Not Having a Father in the House, Boxing Was One of My Favorite Pastimes” – Halle Berry on How Boxing Influenced Her Life Before UFC Came Along

Although Stipe recently talked about fighting Francis Ngannou again, he would not pass up the opportunity to face such an incredible fighter in Jon Jones before challenging ‘The Predator’ or ‘Bon Gamin’.

Do you think Jones will finally make his heavyweight debut in 2022? Let us know your thoughts in the comment section below. 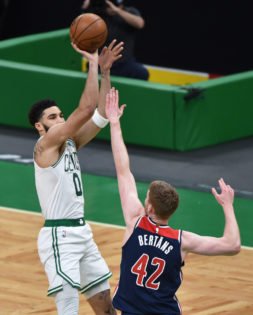 What Does the Boston Celtics’ Starting Lineup Look Like For The 2021-22 Season? 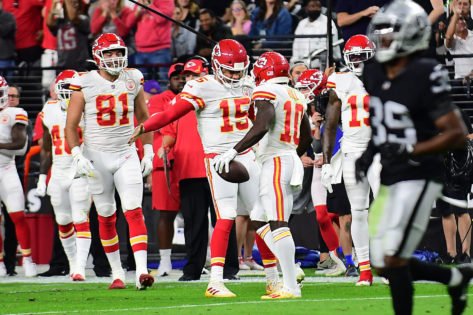 ‘We Back Up!’: Kansas City Chiefs Send NFL Twitter Into a Tizzy After Destroying Las Vegas Raiders